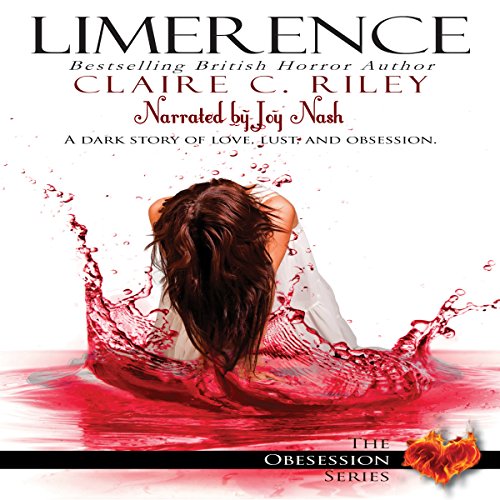 One man's obsession will destroy her world.

Mia loves her fiancé Oliver, however after a chance encounter with his new employer Mr. Breckt - the mysterious new owner of The Island - her thoughts are constantly consumed with the handsome and powerful stranger. But there is much more to her fixation of him than she realizes.

Mr. Breckt is a hundred year old vampire, and he isn't used to being told no.

He could take her at any time, but his ego insists that she wants him of her own freewill. With his obsession spiralling out of control, he finds her body, her mind, and most importantly her blood continuously calling to him, and the more she fights him, the more he wants her. Could his own narcissism be his downfall?

Mia finds herself at the center of a struggle that she can't resist nor understand. Caught between life and death, hope and fear, love and lust. Ultimately, she will have to make a sacrifice that will affect everyone. But no matter what choices are made, Mia could still lose.

Limerence is a dark story of love, lust, and obsession.

A WELL-WRITTEN BUT DARK,DEPRAVED & MACABRE TRAGEDY

The Summary of this book is true it's about love, lust and obsession.... Mia and Oliver's deep love for each other, Mr. Breckt's lust for Mia and his all consuming obsession to win her...... no matter the cost. He was a powerful, handsome, charismatic vampire used to getting his own way and when Mia kept resisting him he saw red.... blood red. It was a modern day version of Dracula and his craving for Mina.

**************
Spoiler Alert
**************
Don't be fooled (as I was) into thinking this dark chilling story will have a happy ending because it doesn't - everyone loses.... one by red hot jealousy and anger, one by grief and revenge and one by the loss of humanity and nothing left to live for. There's no romantic visions of loveable vampires here, no it's replaced by visions of evil bloodthirsty monsters.

Worth a credit? Told from all three POV's by a narrator who couldn't keep the flow of her English accent which unfortunately kept changing from posh to common like "forever" was said as "faeva" and sometimes it sounded forced and yet at other times she did a good job with emotions. So that, coupled with the dark, sad and depressing storyline (which should NEVER have been put in the Romance category), is why NO WAY do I think this is worth a credit, buy, sale or giveaway purchase and if you too are a romance lover like me then I strongly suggest you walk away from this listen.

so disappointed no hea no heros in this story, no great love that wins at the end of the day, story lines that go nowhere 1 star was generous

Who said it wasn't worth the credit?

It totally was worth the credit. Having stated that, this is a story without a HE. This is not a typical romance.. It is a story of love however. Its a story about all the emotions that go with love from everyone's perspective I this war over Mia's heart.