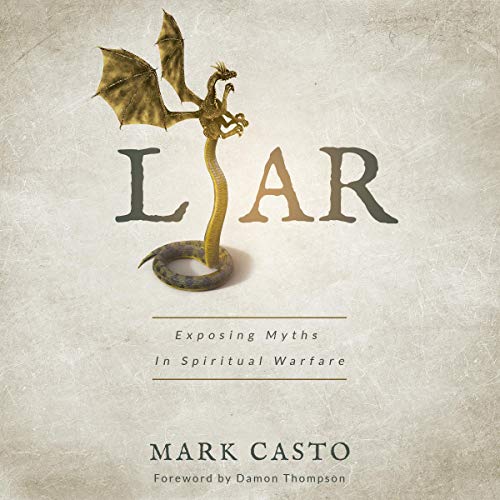 Over 2000 years ago, Jesus announced the end of Satan’s Kingdom, yet an overemphasis on the subject of Spiritual Warfare has reemerged the past 40 years. Between a fragile gospel and a fear mongering eschatology could it be possible that we have continued the illegal conversation shared between Eve and the serpent in the garden?

Have we ignored Paul’s warning and become like the church in Corinth, “that somehow our pure and undivided devotion to Christ has been corrupted, just as Eve was deceived by the cunning ways of the serpent?” We have become fascinated with the demonic, creating myth upon myth until the reality of Spiritual Warfare has been lost.

In Liar: Exposing Myths in Spiritual Warfare, Mark Casto is releasing an invitation out of demonic fascination and into a superior knowledge that exists only in the life of devotion to Jesus.

Join Mark on the journey to discover and learn:

It’s time for the Liar to be exposed and for undivided devotion to Christ be restored. We are in the infancy stages of a new reformation, and unless we become like a teachable child, we are going to miss significant blueprints for the days ahead.

Liar is the beginning of a journey for those who can hear the call to start developing a theology of Victory in Christ! With the door of the Garden of God wide open and access to such a high degree of Jesus’ Presence, we must discontinue our fascination with an inferior realm.