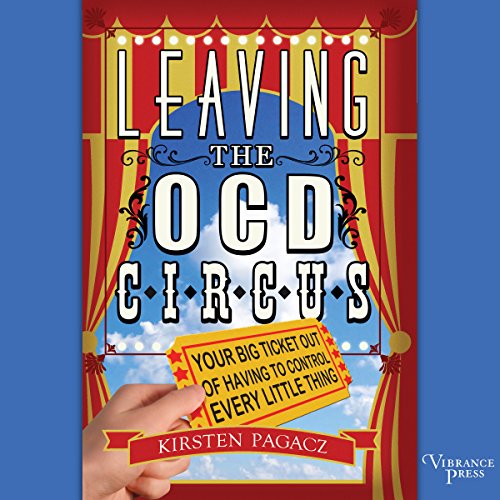 "It's like the meanest, wildest monkey running around my head, constantly looking for ways to bite me." That was how Kirsten Pagacz described her OCD to her therapist on their first session when she was well into her 30s - she'd been following orders from this mean taskmaster for 20 years, without understanding why. Initially the tapping and counting and cleaning and ordering brought her comfort and structure, two things lacking in her family life. But it never lasted; the loathsome self-talk only intensified, and the rituals she had to perform got more bizarre. By high school she was anorexic and a substance abuser - common "shadow syndromes" of OCD. By adulthood she could barely hide her problems and held on to jobs and friends through sheer grit. Help finally came in the form of a miraculously well-timed public service announcement on NPR about OCD. At last her illness had an identity.

Leaving the OCD Circus reveals the story of Pagacz's traumatic childhood and the escalation of her disorder, demonstrating how OCD works to misshape a life from a very young age. It also explains the various tools she used for healing, including meditation, cognitive behavioral therapy, yoga, exposure therapy, and medication.

I absolutely love this book, it made me feel less alone and the author’s voice is very authentic and honest. It takes courage to tell others how you’re feeling and the book does exactly that. You are basically reading from the perspective of someone else... looking through someone’s eyes into their life. If you, or anyone you know, has OCD, then I highly recommend this book to you. It gives great insight to how it feels to grow up with OCD and the daily struggles. It can put you in someone else’s OCD shoes and you can begin to really appreciate what people with OCD actually have to go through... the torture, it’s mortifying. I have OCD and I hate it so freaking much. But anyway, like I said, I feel this book does a really good job with informing others on what it’s like to live with this debilitating illness.

This book really helped me learn about ERP and identifying my OCD. Thank you so much for this