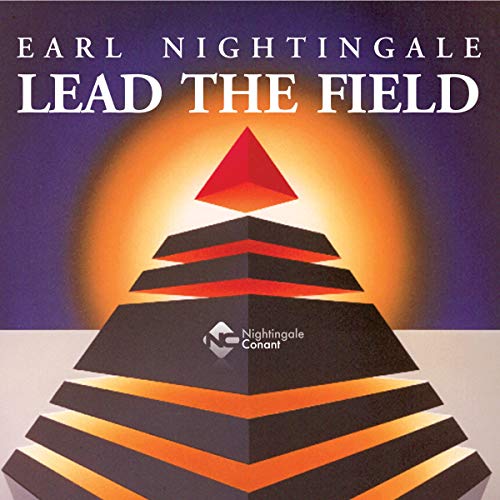 Profit from the "Program of Presidents" in Lead the Field.

Hundreds of thousands of people have profited from the wisdom and savvy of Lead the Field!

In fact, Lead the Field has often been referred to as the "Program of Presidents" because so many top executives have incorporated Earl's guidance and wisdom into their management philosophies.

When you listen to this landmark program you'll be awestruck by the simplicity and timelessness of Earl Nightingale's words and ideas.

Earl Nightingale grew up in California during the Great Depression. Because his family was very poor, Earl educated himself in his local library. His main focus: what makes people turn out the way they do, in terms of their wealth, their career achievements and their happiness.

After beginning his career in the US Marines during World War II, Earl was hired as a radio announcer. He eventually became a popular daily broadcaster for CBS. Through his interest in both personal development and audio, he partnered with Lloyd Conant to form the Nightingale-Conant Corporation. At Nightingale-Conant, he focused on recording the ideas and lessons about success that he studied throughout his life.

Very inspiring lessons for life. To listen to again and again. It's very life changing.

If your are struggling financially and/or career wise you need to read and/or listen to LEAD THE FIELD on a daily basis until your situation improves to your liking. Lead the Field is so encouraging, so motivating, so inspiring and so needed. Thank you Earl Nightingale.

Over the past 20 years I have probably listened to this close to 30 times. I just found it available on Audible and added it to my library.

Earl Nightingale was an amazing author.

This book is a must have when you become serious about improving your life and lifestyle.

loved it. couldn't wait to relisten to it. started it for the 2nd time immediately after I finished.

This will change your life if you apply the techni

I have been applying some of the techniques prescribed in this book and it has been great so far.
hopefully I can keep up and make it new habit.

if your looking for life lessons from personal relationships, business ideas or any area if your life worth changing or improvement then this is the pinnacle of all self learning books

Great classic, a must feel-good listen

I was a little concerned with the old recording at first, but the content was so good, I eventually forgot all about it. :-) so many different topics covered and explained throughout this book, a true timeless masterpiece

this audio has the key to the goals. very perfound information. I am going to listen to this at least monthly

Great book that is simple but powerful! This book easily breaks down what appears to be some of life's greatest challenge.

I have listened at least a dozen times and had to replace twice my hard copies due to lending without returns. You will improve or you are the 80 percent.

A must. one of the best audios.

I loved it. So true, practical, deep. I would recommend it to everybody. Try it.q

I've listened this audiobook a few times now and I think it is wonderfull. But a few claims are oldfashion like the claim that the humans use there Brain to only a small percentage at all.

and to repeat. There are rules and it is good for everyone to know them.