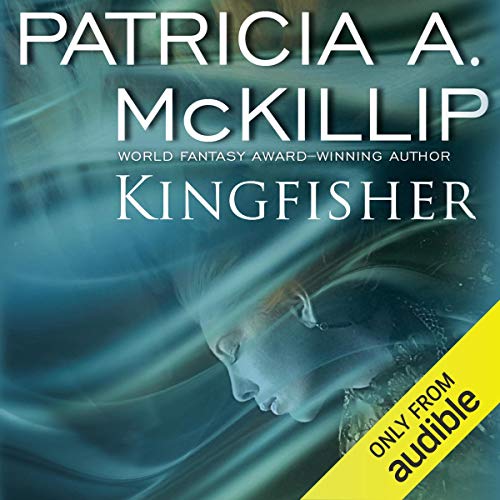 In the new fantasy from the award-winning author of the Riddle-Master Trilogy, a young man comes of age amid family secrets and revelations - and transformative magic.

Hidden away from the world by his mother, the powerful sorceress Heloise Oliver, Pierce has grown up working in her restaurant in Desolation Point. One day, unexpectedly, strangers pass through town on the way to the legendary capital city. "Look for us," they tell Pierce, "if you come to Severluna. You might find a place for yourself in King Arden's court."

Lured by a future far away from the bleak northern coast, Pierce makes his choice. Heloise, bereft and furious, tells her son the truth: about his father, a knight in King Arden's court; about an older brother he never knew existed; about his father's destructive love for King Arden's queen and Heloise's decision to raise her younger son alone.

As Pierce journeys to Severluna, his path twists and turns through other lives and mysteries: an inn where ancient rites are celebrated, though no one will speak of them; a legendary local chef whose delicacies leave diners slowly withering from hunger; his mysterious wife, who steals Pierce's heart; a young woman whose need to escape is even greater than Pierce's; and finally, in Severluna, King Arden's youngest son, who is urged by strange and lovely forces to sacrifice his father's kingdom.

Things are changing in that kingdom. Oldmagic is on the rise. The immensely powerful artifact of an ancient god has come to light, and the king is gathering his knights to quest for this profound mystery, which may restore the kingdom to its former glory - or destroy it....

Kingfisher - the title itself a delicate play on words - is set in a world with both cell phones and sorceresses, knights, guns, goddesses, wyverns, Friday Night Fish Fries, and small, tinny, fuel-efficient cars - and even a hint of Faerie. The prose is brisker and doesn't have the crystalline beauty of McKillip's other fantasies, but is still mesmerizing. The story is complex, moving back and forth among three (at least three) sets of characters (although the sets shift occasionally) until they converge for the denouement. Running through all the well-turned phrases is water imagery which is totally appropriate to a story focused on rivers and coastal fishing communities, and which help draw the disparate elements of the story together.

Bernadette Dunne is fun, as a reader. She is at the high end of competence among even good readers, virtually never mispronouncing a word or mis-anticipating where a sentence is going. She is also infinitely better than some other readers McKillip's work has reaped, whose breathy girlish wonder destroys the actual wonder of the writing. Dunne still has moments where she can't quite relax and let the prose do all the heavy lifting - which is the only way to be entirely successful at reading such a well-crafted book - moments where she forces the wonder and amazement with her tone instead of letting the story carry it. But she's so much better than readers like Gabrielle de Cuir (who might be excellent reading something entirely different from McKillip, but I'll probably never know) that there is no real comparison.

I finished listening to the book with the simultaneous gentle regret and deep satisfaction that is the hallmark of a good story and a good performance.

I usually love Patricia Mckillip's tales in audiobook form, but I found this very hard to follow. I kept feeling that it would make more sense if I were reading it. Perhaps this novel really requires a voice actor who can read in many distinct voices, because it often wasn't until well after a character had been speaking that I knew who it was. In general, the voice was nice and suited to McKillip'd style.

A fun take on the myth

A fascinating and fun take spun off of the story of the Fisher King set in a world that is slightly current and slightly science fiction and a large dose of magic, with a royal quest sending knights out on electric motorcycles to find an object of power. It is a wonderful tale, told well, weaving together families and mysteries, feudal society and the modern world several decades in the future, old gods and young people discovering who they are, as well as ancient traditions kept alive, protective mothers, politics, not-so-secret societies, and enchantments. Very much worth the listen!

I'm amazed that this narrator has a job. She sounds like Alexa giving me directions through Google maps. All her inflections are opposite that of natural human speech. Patricia McKillip's writing is so lyrical and engaging and this horrible woman ruined the book for me. If I ever buy another audible book I'll be sure to watch out for this narrator. Even if I like the author I won't by a book narrated by her.