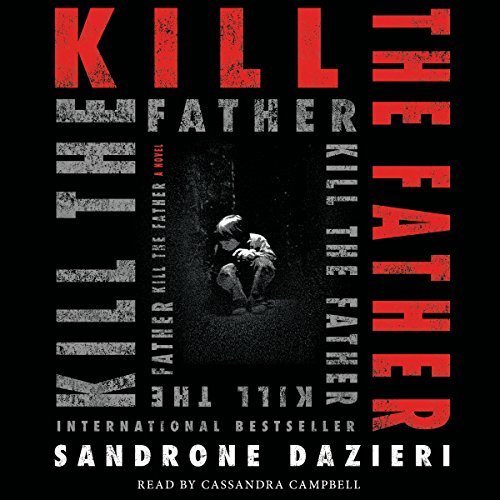 In this fascinatingly complex thriller, two people, both shattered by their pasts, team to solve a series of killings and abductions - a ruthlessly planned escalation that turns out to be merely the visible surface of something far more sinister.

When a woman is beheaded in a park outside Rome and her six-year-old son goes missing, the police unit assigned to the case sees an easy solution: They arrest the woman's husband and await his confession. But the chief of Rome's major crimes unit doubts things are so simple. Secretly, he lures to the case two of Italy's top analytical minds: Deputy Captain Colomba Caselli, a fierce, warrior-like detective still reeling from having survived a bloody catastrophe, and Dante Torre, a man who spent his childhood trapped inside a concrete silo. Fed by the gloved hand of a masked kidnapper who called himself "the Father", Dante emerged from his ordeal with crippling claustrophobia but also with an unquenchable thirst for knowledge and hyperobservant capacities.

All evidence suggests that the Father is back and active after being dormant for decades. Indeed, he has left telltale signs that signal he's looking forward to a reunion with Dante. But when Colomba and Dante begin following the ever more bizarre trail of clues, they grasp that what's really going on is darker than they ever imagined.

"Campbell shows her dexterity as a narrator as she shifts between male and female characters without missing a beat. She deftly reads Italian words, names, and phrases, which lend authenticity to the overall experience. Those who enjoy listening while doing other tasks may find that this intense story demands their full attention." ( AudioFile)

I'm not any good at reviewing books, but I saw there isn't any for either the English audiobook or hardcopy formats. I loved these characters and this mystery so much that I can't let it go unnoticed by others.

I don't really want to describe it too much - the product description is good enough. However,
this was a thoroughly immersive story. It felt like a binge-worthy Netflix crime series where each character pulls you in. The two protagonists were each so painfully broken but in different ways, allowing the jagged pieces to fit together as one. This isn't about romance but a deep bond of respect for each other's weaknesses.

There was a large cast of fully formed supporting characters as well. The mystery was complex and slightly convoluted but no more than any story requiring some suspension of disbelief (e.g. 24, Alias, Sherlock). As I already said, this would adapt well to a series of some sort on the small screen. In the very least, I'm guessing this book isn't a standalone due to a cliffhanger at the end, so I should have another book to look forward to.

If you like engrossing mysteries with a dose of conspiracy, characters you can't wait to meet again, and writing that jumps off the page, then I can't recommend this highly enough.

I don't really know where to begin. I almost passed this up until I read the only written review (which when I read it again after having listened to the book makes me realize I feel exactly the same way about it). Often when I'm reading/ listening to a novel my imagination has to work overtime to get into author's head. This however was not the case. It was very easy to slide into the fictional world through the expertly crafted writing and the overall dialogue felt very natural, not forced in any way. The previous reviewer mentioned an array of characters and that's one of the things I most enjoyed... the focus on more than one character. I sometimes get bored easily when the main focus stays with one person for too long. But having multiple characters also runs the risk of creating them too flat. I never felt that with Kill the Father. Even minor characters had depth and dimension. I was immediately drawn in and all I can say is that to me, personally, I felt that it was fully worth a credit.

Very interesting characters illuminate this tense tale which appears to be serial murder and morphs into something greater and more provocative. The level of violence borders on too much, and this is certainly not for the squeamish. I find myself looking forward to the further adventures of these characters. Excellent narration with only a couple of odd pronunciations.

Loved it, then stopped and skipped to the end

I absolutely loved this book at the start the story was well plotted and you could not wait to find out more.The main characters are great and you really cared about them, which made the book exciting. The narration were excellent.
I can not go into too much detail because of spoilers. But half way through it became far fetched over the top unbelievable. It lost the tension of the plot by making it too unbelievable, I do not mind if a story relies on a few coincidences, but it became a book where I lost interest and knew how it would end because it was like a bad 80s action movie.
The characters were still excellent and I would read another book by the author.

Where does Kill the Father rank among all the audiobooks you’ve listened to so far?

The plot was good. Kept me enthralled. The discovery of The Father was a surprise. Well worth the purchase and most definitely the read.

Which character – as performed by Cassandra Campbell – was your favorite?

many parts did. Don't wanna give anything away but in short the discovery of his parents or the lack of :-)

I thoroughly enjoyed this book. It was filled with suspense. Just when you thought they were getting somewhere something happened to push them back. Left me holding my breath at times and getting just as emotional as the characters. Give it a try you wont be disappointed.

Will read the text version

Could only get to chapter 5 as the narrator is too eager. It's distracting and like she's auditioning for a part. Gonna just read the book as the story seems interesting.

This book was a little slow to get started, and you really need to pay attention while you're listening to it but by the time you reach the middle you'll be so glad you did! Very well written... you feel like you know the main characters are rooting for them every step of the way! I can't wait for the next chapter…

I didn't enjoy this book at all. Silly characters. I lost interest in who the culprit was.

too long, too many repeat of story line.