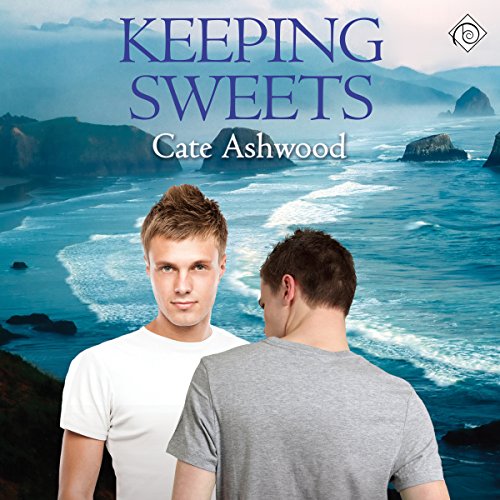 Days away from high school graduation, with hardly a penny to his name, Evan Lowry needs to earn money for college. When he comes across an ad for modeling, he thinks his luck has changed - until he learns he's interviewing for an adult film and will be expected to have sex. On camera. With other men.

On set, Brandon takes Evan under his wing, and over the next month, they are thrown together in every intimate way conceivable - except emotionally. Both Brandon and Evan are terrified of trying for anything deeper, and insecurities and doubts wear on their hopes, but the chemistry between them won't let them slow things down.

However – Brandon realizes his mistake and we get a solid HEA after all.

Jeff Gelder does a nice job with this. He’s not my favorite narrator and he doesn’ “move me” like some narrators do, but he tells the story in such a way that the story takes center stage, not the narrator.

The narrator was slow

The story was predictable and the narrator was painfully slow to tell the story. I found myself checking the cording to make sure it wasn’t stopped because of the miss-timed pauses.

Of course the book included amazingly written sex scenes. But there was so much more! The author included a love story with it's ups and downs (no pun intended), and descriptors that didn't leave much to the imagination. Kudos to the author for writing and producing such an amazing book (audio recording).

Tried to listen as I did housework , ended up outside on my hammock. Amazing.