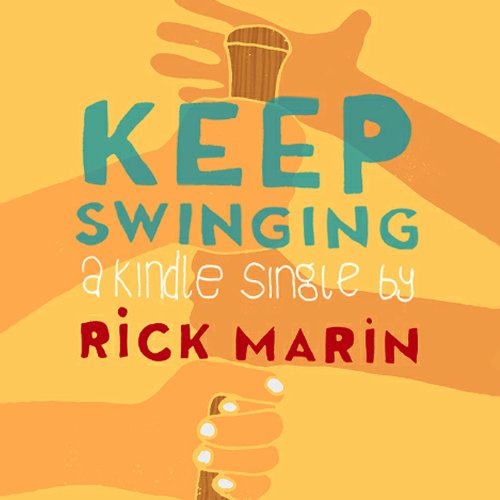 Rick Marin is possibly the world’s most sports-challenged dad - a guy who couldn’t tell you what channel ESPN was on, thinks the “Final Four” is a quartet of apocalyptic superheroes and hasn’t set foot in a stadium since the last Pink Floyd concert. Until his 6-year-old son utters the four most powerful words in the English language: “Dad, will you coach?”

Keep Swinging chronicles the rookie season of an indoorsy TV writer raising two alpha boys whose life turns around when he gets off the sidelines, puts on a jersey that’s three sizes too big and and throws himself into the world of kids sports.

An inspiring, funny, at times gut-wrenching tale for every father and son who’ve ever picked up a bat, ball or hockey puck, it’s also a story about marriage, career, surviving life’s slumps and how you’re supposed to make men out of your boys, but they end up making a man out of you.

The author of the best-selling memoir Cad: Confessions of a Toxic Bachelor writes his next chapter.