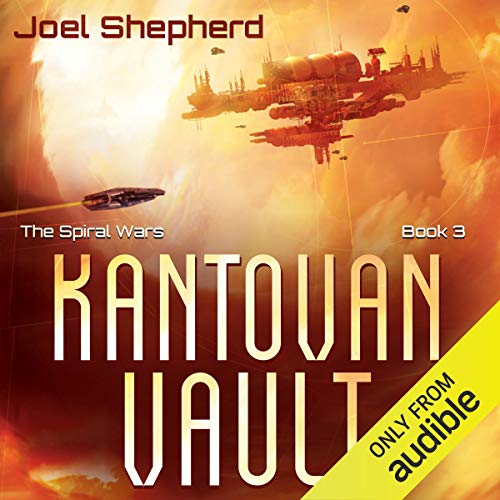 The UFS Phoenix is on a mission to find a lost data-core that may contain the secret to defeating the alo-deepynine alliance. But the means to find the data-core is hidden deep in tavalai space, in a highest-security vault where the tavalai's manipulative State Department keep all their most treacherous secrets. To recover it, Phoenix must pull off the most daring heist the Spiral has ever seen. But Phoenix will need help - in the form of a rebellious faction of the tavalai Fleet; a fanatical parren mystic who lusts mostly for power; a cynical old tavalai marine who's spent much of his life fighting humans; and a superintelligent AI queen who will sacrifice anything to rescue her race from extinction. None of them can be trusted, and neither Captain Erik Debogande nor Major Trace Thakur is experienced in this kind of work. But each must gather his ingenuity and courage and learn as they go, as the scale of the threat confronting humanity looms larger, and the clock is ticking.