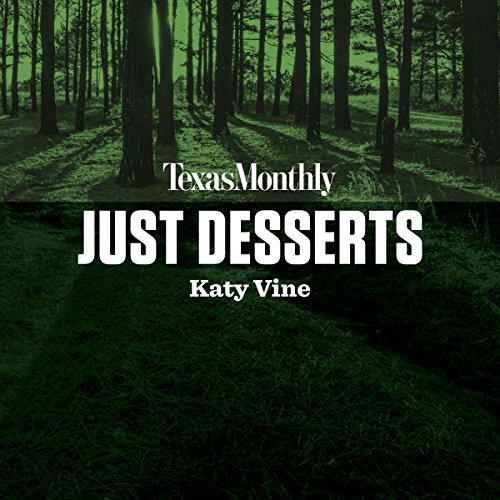 In partnership with Texas Monthly, Katy Vine's "Just Desserts" is now available as an audio download, where the length and timeliness of a podcast meets the high-quality production of a full-length audio program.

Mr. and Mrs. Jenkins led a perfectly adequate middle class life in Corsicana, Texas. Mr. Jenkins, Sandy, worked as an accountant at Collin Street Bakery, world-famous for their fruitcakes. Kay, Mrs. Jenkins, was the more outgoing of the two, the one that friends and neighbors actually noticed and didn't mind talking to. Feelings of adequacy and invisibility weighed on Sandy, and were only compounded by his admiration of boss bakery owner, Bob McNutt, a man who reminded him daily that others were respected and were living more luxurious lives than he.

One day, Sandy decided to seize a bit of that respect and finer life he admired so much in McNutt for himself. With just a bit of manipulation of the bakery's accounts, Sandy wrote the first of many checks in the company's name to pay for the life of luxury he envisioned was his right.

Combining a quintessential tale of living outside one's means with the addiction of committing a crime time and again without getting caught, Katy Vine delivers the hard-to-imagine story of the Jenkinses and their mysterious rise through Corsicana society.