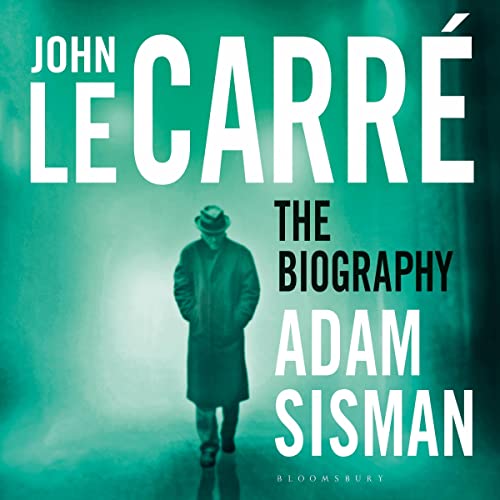 The definitive, fascinating biography of the undisputed giant of English literature, a man whose own true history has long been hidden behind the fictional world of his books.

Long after The Spy Who Came in From the Cold made John le Carré a worldwide, bestselling sensation, David Cornwell, the man behind the pseudonym, remained an enigma. In this definitive biography, written with unprecedented access to the man himself, Adam Sisman offers an illuminating portrait of a fascinating and enigmatic writer.

In Cornwell's lonely childhood Adam Sisman uncovers the origins of the themes of love and abandonment which dominated le Carré's fiction: the departure of his mother when he was five, followed by 'sixteen hugless years' in the dubious care of his father, a man of energy and charm, a serial seducer and conman who hid the Bentleys in the trees when the bailiffs came calling—a 'totally incomprehensible father' who could 'put a hand on your shoulder and the other in your pocket, both gestures equally sincere'. And in Cornwell's adult life—from recruitment by both MI5 and MI6, through marriage and family life, to his emergence as the master of the spy novel—Sisman explores the idea of espionage and its significance in human terms; the extent to which betrayal is acceptable in exchange for love; and the endless need for forgiveness, especially from oneself.

Written with exclusive access to David Cornwell, to his private archive and to the most important people in his life—family, friends, enemies, intelligence ex-colleagues and ex-lovers—Adam Sisman's extraordinarily insightful and constantly revealing biography brings in from the cold a man whose own life was as complex and confounding and filled with treachery as any of his novels. 'I'm a liar,' Cornwell once wrote. 'Born to lying, bred to it, trained to it by an industry that lies for a living, practised in it as a novelist.'

This is the definitive biography of a major writer, described by Richard Osman as 'just the finest, wisest storyteller we had.'

"Ultimately it's about love...this is a very emotional book. John le Carré had an utterly heartbreaking childhood.... This is the best biography of 2015 - a rare achievement that invites rereading." (Edward Wilson)

"Compendious and compelling...Sisman is excellent at the nuts and bolts of writing and of being published...it must be difficult to write the life of a man who is still very much with us, and in the public eye, no matter how much liberty the biographer has been given to tell the story, warts and all. Sisman—a very fine and astute biographer—has done an excellent, not to say exemplary, job under the circumstances...it is impossible to imagine this Life being bettered." (William Boyd)

"This is the way to do it. Why this admirably balanced, patiently detailed biography of John le Carré is not on the Samuel Johnson Prize for Non-Fiction shortlist beats me...Sisman does full justice to [the] rawness at the heart of le Carré." (David Sexton)