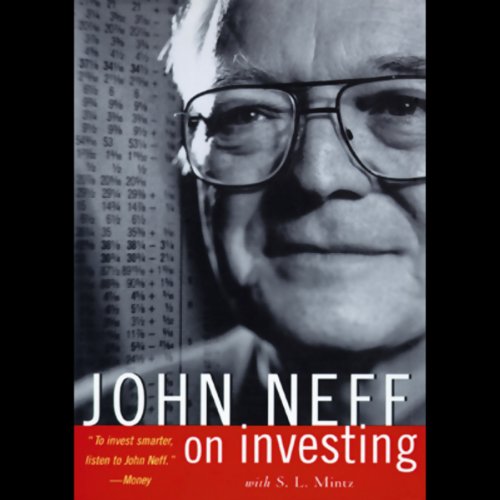 John Neff has proven time and again over the past three decades that bucking the system can pay off big. During his illustrious career as a money manager, Neff flew in the face of conventional wisdom by consistently passing over the big growth stocks of the moment in favor of inexpensive, underperforming ones, and he usually won!

During his 31 years as a portfolio manager for Vanguard's Windsor and Gemini Funds, he beat the market 22 times, through every imaginable stock market climate, while posting a 57-fold increase in an initial stake. When Windsor closed its doors to new investors in 1985, it was the largest mutual fund in the United States.

Now retired from mutual fund management, Neff is ready to share the investment strategies that earned him international recognition as the "investor's investor". In John Neff on Investing, Neff delineates, for the first time, the principles of his phenomenally successful low p/e approach to investing, and describes the strategies, techniques, and investment decisions that earned him a place alongside Warren Buffett and Peter Lynch in the pantheon of modern investment wizards.

Many cases in the book are still adaptable to the current markets. John Neff just outperformed the market year after year due to human overreaction. I highly recommend it.