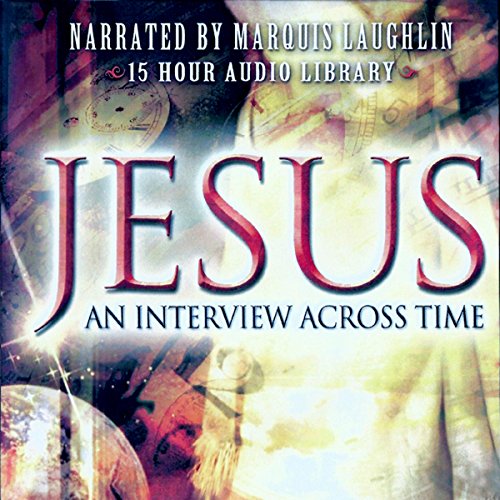 Jesus: An Interview Across Time

Imagine that you were given the opportunity to interview Jesus, the most remarkable human being of all time. What would you ask? What would he say? That is the premise of this book by psychiatrist Dr. Andrew G. Hodges, a man accustomed to interviewing people about their llives, motives, hopes and fears. The questions are those you or I might ask; the answers are given as if Jesus were sitting beside us, chatting leisurely on a hill in modern Galilee. It's an emotionally powerful and theologically orthodox recreation of Jesus' life, from birth to resurrection.

Besides a fundamentalist approach, this book promotes a literal interpretation of the Bible. The narrator has an irritating habit of chuckling or grunting to make the listener think what has been spoken is obviously true....sort of like canned laughter to let you know when to laugh. I rate it a three, but for many people it would rate a one and for others it would be a five...depends on one's outlook.

I have a very large audible library, and this is one of the of very few where the audio production quality was unacceptable.

I do not recommend buying this edition of the audiobook..

Great idea, not so great book

What would have made Jesus: An Interview Across Time better?

An un-biased theological viewpoint would have improved this book vastly. The writer definitely has his own axe to grind, and even though he backs up a number of the book's statements with scripture references, his interpretation is very orthodox. He points to a number of dubious Old Testament prophecies and claims that they foretell certain events in Jesus' life even though a closer reading reveals that you will have to twist scripture a great deal in order to make the prophecies fit. He also claims that the Bible is God's inspired and true word, making no mention of the numerous contradictions. His interpretation of scripture and theology is very catholic, which is not necessarily a bad thing, but it means that he puts the words of nearly 2,000 years of church tradition in the mouth of Jesus, rather that really considering what a non-catholic Jesus might actually have said or done.

The narration is ... awful. The narrator has a good voice, but he has a tendency to chuckle ever so often, probably in order to emphasize a point, but the effect is wasted on me. Instead, I get annoyed because it makes me feel I have missed something obviously funny. As it turned out, I hadn't.

A great idea. Not a very great execution, though.

I would like to recommend this book, but I really can't.