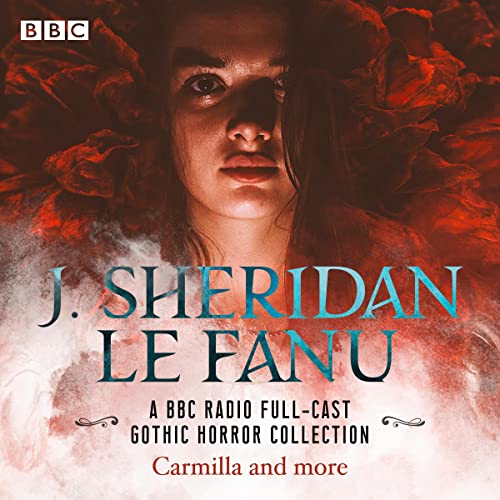 One of the leading ghost story writers of the Victorian era, Sheridan Le Fanu is renowned for his chilling tales of mystery and horror. His pioneering lesbian vampire novella Carmilla was a major influence on Bram Stoker's Dracula, and spawned numerous film adaptations including Hammer Horror's Karnstein Trilogy.

Opening this anthology is a dramatisation of that classic tale, starring Anne-Marie Duff as Laura, the lonely girl living in a solitary Austrian castle, who strikes up a dangerous friendship with the mysterious, bewitching Carmilla. It is followed by Ian MacDiarmid's reading of 'Schalken the Painter', the eerie story of a 17th Century Flemish artist in love with his master's daughter.

Le Fanu's suspenseful Gothic thriller, Uncle Silas, about a young heiress placed under the guardianship of her father's disgraced brother, is dramatised with a full cast including Teresa Gallagher, George Cole, Joan Sims and Dorothy Tutin. Also featured is The Le Fanu Ballads, a supernatural portmanteau drama bridging Le Fanu's era and our world today. Based on the short stories 'The Watcher', 'Madam Crowl's Ghost', 'Schalken the Painter' and 'Mr Justice Harbottle', and set in a basement nightclub in Dublin, it stars Paul Chahidi, Haydn Gwynne and Jonathan Forbes.

One more unabridged reading concludes our collection. In 'The Ghost and the Bonesetter', read by Sean Barrett, a terrified house-sitter receives an unusual request from the tyrannical spirit of a local squire.

The Ghost and the Bonesetter