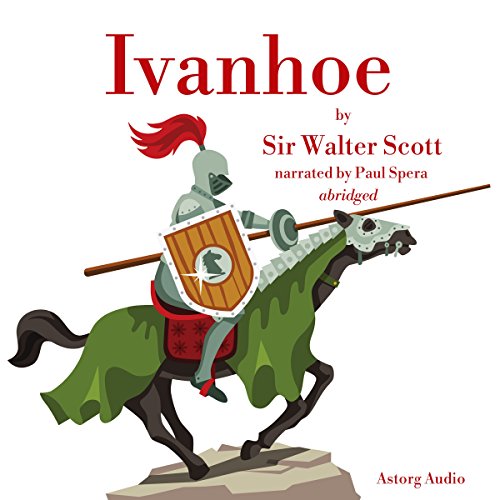 "Ivanhoe" was first a historical novel by Sir Walter Scott before inspiring the legend of Robin Hood and generating multiple adaptations. This complex, three-volumes long novel has been retold and adapted for children, in what has now become a beloved old classic for kids.

Set in 12th-century England, with colourful descriptions of medieval life and adventures, "Ivanhoe" is a realistic and vibrant story set in a kingdom torn asunder by the hatred between Saxons and Normans. Richard the Lionheart is headed home from the Third Crusade to reclaim his throne. Amid the heat of a tournament, King Richard comes to the aid of another crusader who has returned in disguise. Wilfred of Ivanhoe also seeks to recover a lost heritage - and the hand of Lady Rowena, "a rose of loveliness, and a jewel of wealth; the fairest among a thousand."