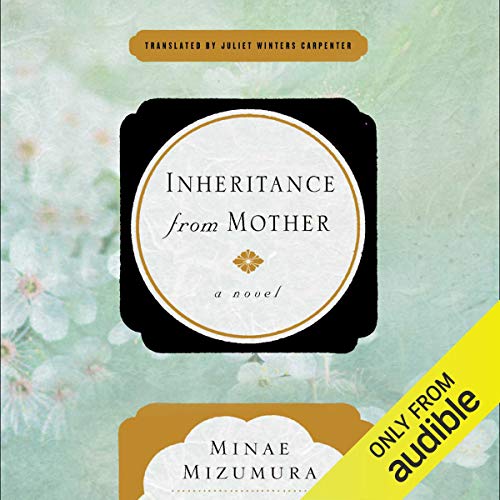 Award-winning novelist Minae Mizumura demystifies the notion of the selfless Japanese mother and the adult daughter honor-bound to care for her.

Mitsuki Katsura, a Japanese woman in her mid-50s, is a French-language instructor at a private university in Tokyo. Her husband, whom she met in Paris, is a professor at another private university. He is having an affair with a much younger woman. In addition to her husband's infidelity, Mitsuki must deal with her ailing 80-something mother, a demanding, self-absorbed woman who is far from the image of the patient, self-sacrificing Japanese matriarch. Mitsuki finds herself dreaming of the day when her mother will finally pass on. While doing everything she can to ensure her mother's happiness, she grows weary of the responsibilities of a doting daughter and worries she is sacrificing her chance to find fulfillment in her middle age.

Inheritance from Mother not only offers insight into a complex and paradoxical culture but is also a profound work about mothers and daughters, marriage, old age, and the resilience of women.

This is such an enjoyable book ... a lovely story, and very well performed. Highly recommend.

Allison is not only a wonderful reader and perfect for the novel but also can pronounce Japanese (!). An all-round excellent production--I hope Audible will continue to record more works of Japanese literature.