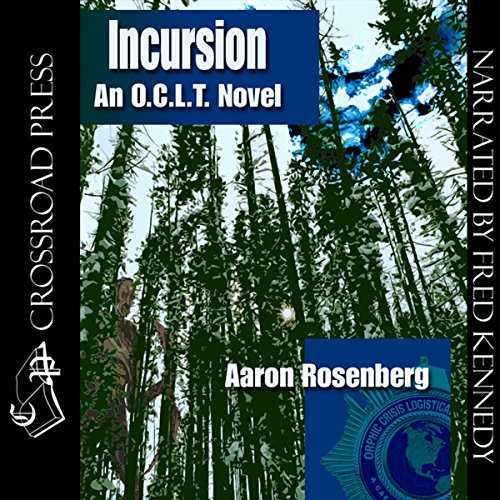 There are incidents and emergencies in the world that defy logical explanation, events that could be defined as supernatural, extraterrestrial, or simply otherworldly. Standard laws do not allow for such instances, nor are most officials or authorities trained to handle them. In recognition of these facts, an organization has been created that can. Assembled by a loose international coalition, their mission is to deal with these situations using diplomacy, guile, force, and strategy as necessary. They shield the rest of the world from their own actions, and clean up the messes left in their wake. They are our protection, our guide, our sword, and our voice, all rolled into one.

R.C. Hayes has settled into his job with the FBI, and put behind him the strange incident that ended his military career. But when he and his partner are sent to the Flathead Indian Reservation in Montana to look into a murder, events take an unsettling and eerily familiar turn. R.C. struggles to solve the case as deaths pile up around him and as the situation takes a decidedly unnatural cast. With the help of a mysterious new ally, he may finally come to terms with what happened to him long ago - and enter a strange new career he is uniquely suited for. Provided he can survive the incursion of supernatural elements into his supposedly safe and mundane world.

This is the second full-length novel in the O.C.L.T. series. It joins the novellas Brought to Light by Aaron Rosenberg and The Temple of Camazotz by David Niall Wilson, and the novel The Parting, also by David Niall Wilson, in setting the stage for further adventures. Each of these works introduces another facet of the O.C.L.T. team; Incursion draws the loose ends together, establishes a base, and determines leadership for the fledgling agency.

O.C.L.T. Stories are a wonderful series

The oclt stories are a great series that are basically an MIB (much lower budget) type of group that handles incursions of creatures of fantasy into our world. They are out there they exist and occasionally they cross out paths in ways that cause deaths and injuries to humans. When this happens someone needs to get involved and take them down. Our MC took on a troll and won last time but lost his whole team. Now he is facing something far more dangerous as an FBI agent with only his partner and local law enforcement. Will
It be enough? Find out what happens here. I was voluntarily provided this free review copy audiobook by the author, narrator or publisher