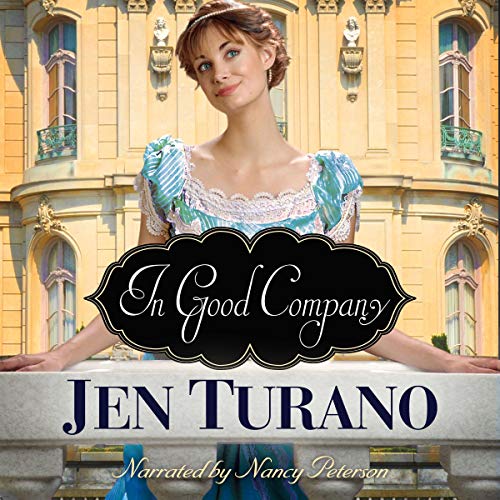 After growing up as an orphan, Millie Longfellow is determined to become the best nanny the East Coast has ever seen. Unfortunately, her playfulness and enthusiasm aren't always well-received and she finds herself dismissed from yet another position.

Everett Mulberry has quite unexpectedly become guardian to three children that scare off every nanny he hires. About to depart for Newport, Rhode Island, for the summer, he's desperate for competent childcare.

At wit's end with both Millie and Everett, the employment agency gives them one last chance - with each other. As Millie falls in love with her mischievous charges, Everett focuses on achieving the coveted societal status of the upper echelons. But as he investigates the suspicious circumstances surrounding the death of the children's parents, will it take the loss of those he loves to learn whose company he truly wants for the rest of his life?

"Turano continues to be one of the funniest voices in the inspirational genre, and her spunky heroines will appeal to readers across the romance spectrum." (Booklist)

My new favorite author did a great job with this one. There were several turns in the story I didn’t predict.
I love the fact that she can bring God into the story. She has a unique ability of keeping one in suspense and laughing and even crying.
The children were so delightful and the narrator did an excellent job in their roles.
I highly recommend this book, but do get all 3 in this series.