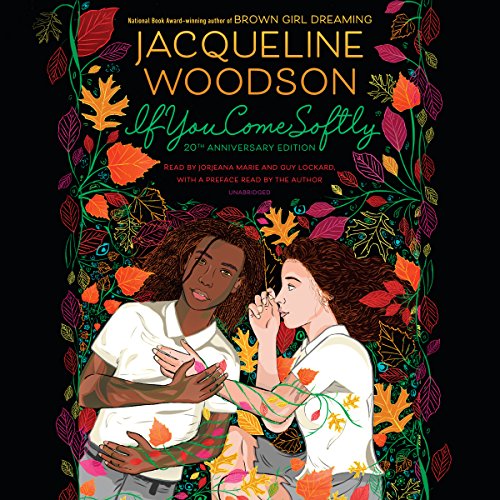 A lyrical story of star-crossed love perfect for readers of The Hate U Give, by national ambassador for children’s literature Jacqueline Woodson - now celebrating its 20th anniversary, and including a new preface by the author

Jeremiah feels good inside his own skin. That is, when he's in his own Brooklyn neighborhood. But now he's going to be attending a fancy prep school in Manhattan, and black teenage boys don't exactly fit in there. So it's a surprise when he meets Ellie the first week of school. In one frozen moment their eyes lock, and after that they know they fit together - even though she's Jewish and he's black. Their worlds are so different, but to them that's not what matters. Too bad the rest of the world has to get in their way.

Jacqueline Woodson's work has been called “moving and resonant” (Wall Street Journal) and “gorgeous” (Vanity Fair). If You Come Softly is a powerful story of interracial love that leaves readers wondering "why" and "if only..."

Such a touching story

I wasn't expecting to feel the love between these two kids as fiercely as I did.

I don’t think I have works to describe how impactful this book is. Listen to it, but be warned. It requires that you feel something and respond to those feelings.

If you come softly.

I simply could not put this book down. This book will continue to be relevant now and in years to come. Love is love. I was moved to tears and the narrations were perfect. As I hold the physical book in my hand, I know that it will be on one of my favorites.

Two teens who were trying to fight the odds of interracial dating and being ok with who they were. It was a well written story and I loved it from the beginning to the end!

amazing, so beautifully written. It broke my heart. I am crying while finishing this amazing work of art

This book is excellent and important - it should be assigned reading in many middle and high school classes, and I hope that it is. It fosters understanding and compassion and is an all-around good read. I also enjoyed the performance of it, especially Guy Lockard's work.

Rip my heart out, but make it poetic

Good golly I wasn’t expecting to be so broken hearted after finishing this book. It was written in 1999 and 20 years later it feels like it could have been written today. Excellent book. Highly recommend, but get ready for pain.

This book is about love, and how sometimes it happens so quickly and so strongly you can’t image how you lived without it.

Glad it's finally in audio form! I have always loved this book. Thank You, Jacqueline!