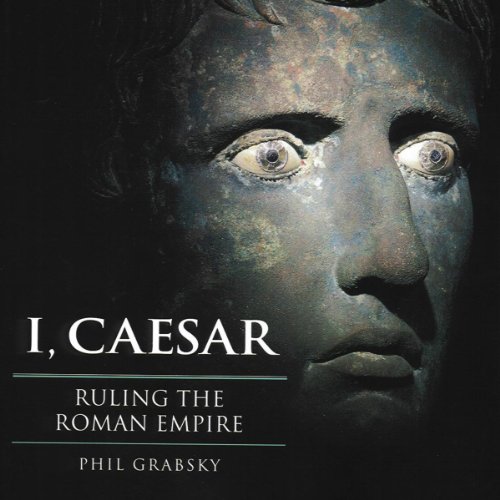 I, Caesar takes a fascinating look at the public and private lives of six men who ruled the Roman Empire. Starting with Julius Caesar, Phil Grabsky charts the rise and fall of Roman power over 600 years. He tells the stories of six Caesars and the politics of a society whose legacy is the very backbone of western civilization today.

The careers of Julius Caesar, Augustus, Nero, Hadrian, Constantine and Justinian were made up of bloody battles and tactical bribery, stunning innovation and profound corruption, dazzling rhetoric and vicious back-stabbing - and together they form a picture of the most sophisticated highs and most brutal lows of the Roman Empire's inception, heyday and decline. Stretching at its peak from the north of England to southern Egypt and from the west coast of Spain to Syria in the east, the Roman Empire included within its boundaries myriad peoples, cultures and climates.

The task of ruling it seems, is an imposing one, even with today's communication technology. So how was it achieved two thousand years ago? And why has ancient Rome had such a profound influence on western civilization ever since?

Whether your interest is the Caesars' brilliant military manoeuvring, Rome's astonishing statuary and architecture or the all-too-familiar political strategies behind Imperial power, Phil Grabsky's book offers an accessible introduction to the subject.

"I, Caesar" is a short overview of the lives of some of the best known emperors of the Roman World. It covers the lives of Julius Caesar, Augustus, Nero, Hadrian, Constantine and Justinian, an leaves out a few others like Tiberias etc. I understand that it is actually a companion volume to a BBC documentary which I don't have access to. The book is therefore reviewed as a separate entity.

It is a bit disappointing that only the better known emperors (and one dictator) of the Roman Empire is treated in the book. It would have been nice to know a little more about the rest. Yet, the treatment of the emperors that are in the book is interesting and gives a short general overview of each of them. Phil Garbsky can be commended for using ancient sources to compile this book.

What I found very disappointing and even annoying was Phil Garbsky's reading of the book. He started off well, but the wheels started to become apart at Augustus. For me, his reading of the book, just sounds like a job that he needs to get over and done with. Especially long sentences (which he himself wrote) is read as if it is tedious and burdensome. It felt as if Garbsky didn't know his own text or found it boring himself. Thus he almost sinks his own book.

I would recommend this book for content but am a bit reluctant to do so due to the narrator's monotonous tone of voice that just goes on and on and on... even when he changes his voice to indicate that he is quoting someone, the monotonous tone quickly kicks in. I wondered why he went through the trouble of even beginning to read the book?