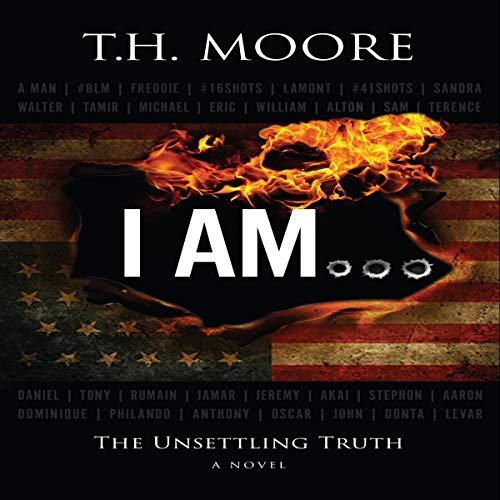 Sandy and Xavier are young, accomplished, and happily married, living their American dream. Xavier, a police sergeant, sees himself as Sandy's protector, while Sandy's professional ambitions and work as a surgeon inspire her husband. Together they've forged the perfect life together. Or so they thought, until a tragedy in the couple's affluent suburb causes a ripple effect that will forever change their world.

The aftermath of the incident spreads to DC's halls of justice, threatening democracy as we know it - and the relationship Sandy and Xavier once thought they had. Deception and repressed rage spawn a murdering spree that forces battle lines to be drawn, and everyone must choose a side. The burden of swift and commensurate justice falls upon a DC jury charged with delivering the country from the threat of total anarchy.

Blood will be spilled. Bodies will drop. Yet, regardless of the jury's verdict, America will never be the same again.

I am still processing all the emotions this book has brought up as I write this review. It is well written, thought provoking and edge of your seat what’s going to happen next thriller. While reading this book I have been swept up in a love story, crying through tragedy, angered by by our American History and current treatment of Black and Indigenous People of Color and more. I absolutely can not wait to discuss this in my book club but even more so in my home with my teenage African American son whom I have had to have way to many discussions of race and rights. He has been witness to the first Black President but also to several young people and adults who look like him killed unjustly sometimes in their own homes. I plan to read this again but this time with him . I plan to also suggest it to my father and brothers for family discussion. This deserves to be on the big screen. I want to see this in the movies.

This book is of the best efforts out there attempting to address the current state of race relations in this country! Mr. Moore's warnings should be heeded as foreshadowing unless this country seriously addresses the unsettling truth. Bravo sir!

The narrator's performance was smooth and as on point as could be. I'm a fan of his narrations. Mr. Wells really brought this story to life. Excellent job!

I would reccommend this listen and book to anyone who cares at all about what is going on in this country.