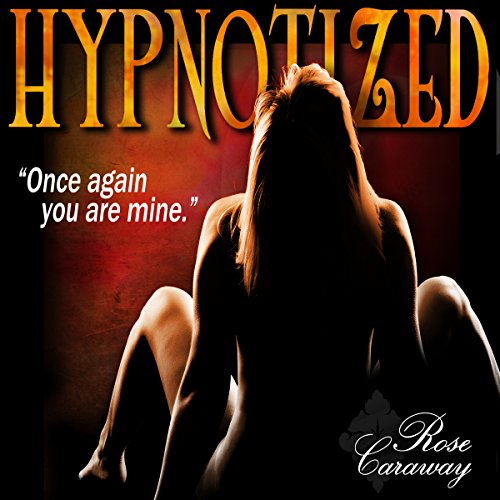 Eve has always known that she was sexually sprung. And when she meets Adam, she's ready to give him her virginity. But there's something wrong. Adam isn't interested and Eve doesn't understand why. When he presents her with an invitation to a traveling hypnotist show, something happens within her, something dark, and she feels a familiar calling. Eve feels destiny pulling at her veins, leading her into the hypnotist's mysterious tent.

Great writer with a great voice

What made the experience of listening to Hypnotized the most enjoyable?

Rose Caraway could read the phone book and make it sound sensual. fact that this is her words, read by her made it even hotter. Not only is Rose Caraway a GREAT narrator, but she is proving herself to be a great writer of EROTICA.

All but EVE especially, after all it really is her story.

Have you listened to any of Rose Caraway’s other performances before? How does this one compare?

I've listened to her Podcasts, and many other books she's narrated. Especially the Sexy Librarian series.

What made the experience of listening to Hypnotized the most enjoyable?

ROSE has a sensual voice that makes her story telling irresistable! Her attention to detail is amazing, and the characters are realistic. I see her work easily transitioning into video. Above all she has an incredibly sexy imagination!!!

I love Eve because she is an average woman that has lived in the shadows of the desired people. And she grows through her innocense and inhibitions. She is almost an ugly duckling. Fortunately she develops into a truly sexy woman.
I have never been attracted to super hot women because they are only into themselves. So Eve is my type of woman. And Rose knows how to hit that button hard.

Have you listened to any of Rose Caraway’s other performances before? How does this one compare?

I have listened to all of her work I am aware of.
Rose just keeps getting better as she goes. I admit that this story in it's short version forced me to listen to it many times. I love the story and to hear Rose's voice while I work makes my day go by a lot better.
All I can say to anybody reading this (like you need any encouragement) to seek out all of her work.
You will not be disappointed. I am confident you will not stop downloading all of her work.

Wow, this is difficult.
All I can say is MAKE IT INTO A MOVIE!
It has so much potential, BUT ROSE NEEDS TO BE IN CHARGE.

Thank you Rose!
You have added a new twist to my life and I am thankful for it!
M.V. Anne and I look forward to more bratwurst! And snowshoeing.

What did you love best about Hypnotized?

The take on Adam and Eve and the devil.

What does Rose Caraway bring to the story that you wouldn’t experience if you just read the book?

Love all of Rose's work!

Oh my gosh loved it

Where does Hypnotized rank among all the audiobooks you’ve listened to so far?

Loved it it was awesome. Love the take on Adam and Eve and the forbid fruit, and the devil. It was a take I would have never thought of. I thought it was very well written and narrated. Brilliant job rose bravo.

It was interesting engaging not a dull moment.

Which character – as performed by Rose Caraway – was your favorite?

Hot under the collar.

Not for the faint of heart.