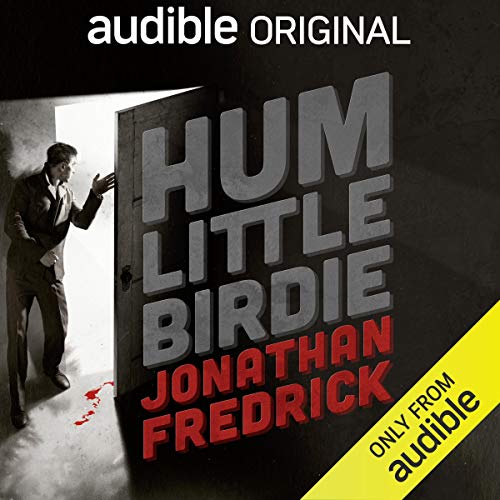 Two years removed from the events of Cash City, PI Nick Malick’s life is oddly...normal. Routine, even. He has a solid relationship with his girlfriend and her son, and a steady stream of investigative work from a prestigious law firm in town.

Cain City’s fortunes also seem to be turning for the better. After a crippling wave of crime and decades of economic deterioration, a large-scale movement to revitalize the city is underway. For the first time in a long time, there’s cause for optimism. That is, until Malick’s latest investigation finds him tugging the threads on a criminal conspiracy that touches all rungs of Cain City society, from the squalid street corners to the prosperous upper crust.

As the body count rises, the case becomes personal for Malick. It takes him to the brink of his physical and emotional limits and forces him to confront the sins of his past. It places the lives of the people he loves most in jeopardy, and it threatens to put the death nail, once and for all, in Cain City.

Wow! I had kind of forgotten how much I enjoyed CASH CITY until I listened to this book. HUM LITTLE BIRDIE has a little bit of a slower start but once it brings you to the heart of the story the pace really picks up.
The protagonist's (Nick Malick) life has pretty much stayed the same since the previous book. He's still living in his office, still dating a woman on the third floor of his building whose son he has gotten close to and still looking after 19 year old Birdie's welfare. He's finally convinced her to get out of the street life and give up prostitution, move into his extra office space and get her GED. Then she can start working on getting custody of her 2 year old daughter
Meanwhile, one of Nick's clients is murdered. He was involved with disability benefit fraud. Nick soon realizes how far reaching this problem is when he discovers that his ex wife's husband was party to the fraud. He was also a client to young prostitutes. There's something about the prostitution set up that Nick doesn't like. He starts to make connections between some of the wealthy clientele and the disability fraud.
The following day Birdie is murdered.
The story is very well told. The characters are fleshed out and extremely colorful, especially Nick. The cityscape is described in vivid detail.
Ari Fliakos does an awesome job narrating.
This book has my HIGHEST RECOMMENDATION.
If you found this review helpful please indicate so.
Thank You.

Call it voice, style, attitude...whatever it is, this author has it in Spades. And I use "Spade" for a reason. I've not read anybody who conveys that old school noir feel this well in a wholly modern world. Most stories either play at it, or are just made into period pieces to make things easier.
This dark world of Cain City feels like it exists right outside our door, we just do our best not to see it. Where the first book in this series dealt with street gangs and a sociopathic killer, this one branches out to include conspiracy, white collar crime, and of course murder.
The plot is fantastic, but as with those classic noirs, being with the well-drawn characters and listening to the crack dialogue and descriptions is what makes this story soar. The narrator is superb and brings the world alive with gusto.

I read a lot. Always have. It’s the great gift my parents gave me. One genre I’ve gobbled up since I was a kid has been detective fiction, starting with The Hardy Boys and graduating to the great works of Hammett, Chandler, Cain, Simenon, Macdonald, McBain and others. Last night I finished Jonathan Fredrick’s “HUM LITTLE BIRDIE,” the second in his Cain City series featuring hard-boiled (on the outside) P.I. Nick Malick. And with it, author Fredrick knocks on the pantheonic door of the above-named greats. Taught, exciting and and wryly funny, “HUM LITTLE BIRDIE” plays by the rules of the genre...and then expands them. This is a great book by an author to experience both now and in the future.

This audiobook is the second in a new series. I’m a fan of the narrator, Ari Fliakos, which led me to the first in the series, Cash City, and then to Hum Little Birdie. The first book had a little more edge to it, but both are pretty good if you’re looking for a mystery-type story that’ll catch your attention and is easy to listen to.

Storyline and characters draw you in, gripping you tight til the end. The sarcasm and humor break the tension just enough to balance the novel out.

Even better than his first book (which I loved!)

I have been waiting for Jonathan Fredrick to deliver a second novel ever since I listened to his first, Cash City. I was thrilled when I saw his follow-up, Hum Little Birdie was available for pre-order and I gobbled it up in one weekend. IT DID NOT DISAPPOINT!

Once again, narrator Ari Fliakos brings the characters to life in a fantastically animated way that gives a great idea of who the characters are. And Mr. Fredrick’s storytelling is so good that I’m still shocked he has only published two novels. I loved getting to follow up on characters from the first book as well as get to know other characters even better (can I ask for a book with more focus on Hively please!?)

I actually liked this book even more than the first, and I loved the first. I liked that it started slower and did a lot of character development. You need to get to know the characters to care about how the story impacts them, and that was very well done by the author.

I also love how the author delves into the dynamic, mindset, and real issues of this area of Appalachia, which I read he knows well because he grew up there. With addiction, corruption, and and economic depression being very real and current issues facing that area (as well as many others) I find this to be an even more compelling story, and one that isn’t discussed enough.

Mr. Fredrick’s work deserves to be more widely seen and read. I find it to be far superior to many books of the same genre that are bestsellers. And I’d love to see it published in print as well. More from this dream team of Fredrick & Fliakos!!

I would highly recommend this book to anyone who likes crime fiction, noir, or detective series (and if you haven’t already read it, start with Cash City!)

Raymond Chandler lives... Well, Phillip Marlowe's channeled into modern drag by Cash City PI, Nick Mallick. Jonathan Fredrick writes dialogue that so crisp it snaps. He's inherited the talent to write noir stuff that made me want to wash the dishes, go to the gym, and wash the car... anything to escape to another hour or two visiting Cash City: which is a place who's inhabitants must pray to escape (becoming prey?). Yeah, the word squalid totally resonates, and yet this story arcs with the snap of a silenced .38. Put me down as a fanboy for Fredrick and Ari Fliakos who brings this all to life. Come on Jonathan - write the next Mallick adventure, can't wait.

Devoured this (through my ears). I love stories that immerse you in a place, and Jonathan Fredrick brings Cain City to vibrant life. Great characters, all wonderfully performed by Ari Fliakos. I wanted to strangle Nick Malick at times but he remained a compelling and darkly funny character throughout and I'm glad I stuck with him through the end. I hope we get another chapter in the story of Cain City because I left this book wanting to know what happens next.

There are beautifully written sentences throughout, and a lot of passages that made me laugh out loud, which made this book all the more of a pleasure.

Great story of a struggling town and the shady going’s on of its elite. Something we can all relate to in our own towns and cities. It’s well done and honest. Give it a listen!

wow Nick Malik does it again