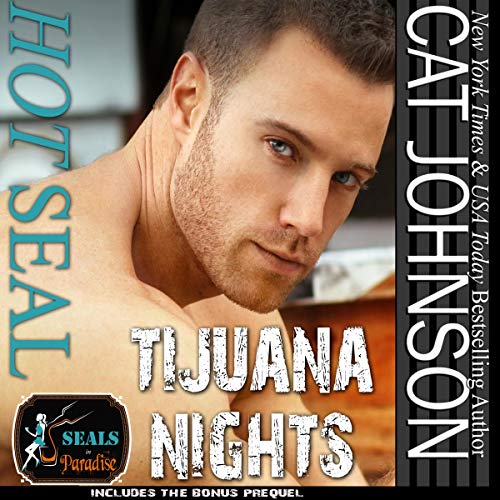 He's a Navy SEAL. She's his sister's annoying best friend...and now she's missing. In Tijuana. And he has to find her. During his leave. F*ck.

Navy SEAL Zachary Browne made it back from Yemen to find a squatter living in his house - an apparently homeless and very possibly insane, sexy AF interior designer who claims she was hired by his sister to redecorate his place as a surprise.

Even he knows decorators don't move in to their jobs with all their worldly possessions. And his sister Amanda should know the two things Zach hates more than surprises is change and people touching his stuff. Gabrielle Lee Interiors & More has done all that - and more.

Zach survived Houthi rebels, but he might not survive these two women.

Just when he finally gets Gabby out of his house, if not out of his mind because she is as distracting as she is exasperating, she goes missing and he has to find her.

When he does, things get wild - and not just from the chemistry they’ve been trying to ignore for more than a decade.

What happens in Tijuana...might just kill you.

Love, love this book. The long time relationship between Gabby and Zach plays out perfectly. From Zach's dislike of Gabby (or so he thinks), to Gabby's huge crush on him. I love when Zach willing admits to himself that he has feelings for Gabby and realizes he's had feelings for her for a very long time. When they share that first kiss, you want to throw a fist in the air and yell finally!
All of the character's are great, making good side stories. I really enjoy a book that has strong supporting character's with their own story.
I also like how characters I recognize from previous stories pop in. Makes me feel like an old friend has come back for a visit. Plus it keeps their story going.
The narrator, Sean Posvistak is perfect. You can feel each characters emotions with his delivery. From the insecurity of Gabby to the exasperation Zach feels when he has to deal with Gabby and his sister.
All of the audio books I've listen to by Cat Johnson have been excellent. great stories and great characters.

A Good Mix of Suspense and Comedy

While I loved the mix of comedy and suspense in this story it fell kind of flat for me. Zach was a little too stubborn and hard-headed for me. I did enjoy the cameo of Clay and Tasha and I definitely want to read more to find out about Zane. Overall Hot SEAL Tijuana Night was fun but resolved too quickly, spending too much time on Zach's poor opinion of Gabby (while fighting his attraction) and not enough of them finding peace and love.

I received this audiobook for free from Audiobook Obsession. This is my honest and voluntary review.

The heroines are too weak, whiny and insecure

The heroines - Gabby and Amanda - are too weak, whiny, needy and insecure for me to truly get into the book. The hero, Zach, was dreamy but couldn't save the female characters or the plot. It didn't help that Sean Posvistak narrated Gabby in a nasally, shaky voice. Sean succeeded in portraying Zach as a swoon worthy alpha male though.

After college, Gaby has a Trash to Treasure Blog. Her ideas are cute, quirky and different. Amanda has an idea to help Start her business. She would pay her to decorate her brothers house that he inherited from their Grandmother. Zach came home early from his deployment and was shocked to see all the changes. Gaby and Zach bumped heads throughout the rest of renovation. This story is fun, romantic, with some danger mixed in. Zach can always count on his Seal brothers to help out when theres danger around.
John Posvistak narration is very good. I enjoyed listening to this story.
🎧audiobookobsessionreviewer🎧,

Not My Favorite Story But Narrator Awesome

My 3rd book from this author and narrator. Not my favorite story but Mr. Posvistak still did a wonderful job. He knocks it out of the park and I really want to continue listening to his narrations. I like the author as well but we all have that one story that isn't our favorite. So far, this is that one.

The narration was good. The narrator managed to make the book more humorous. The different inflections in his voice did the trick. I am not sure if I would have found any humor by just reading it.

Gabby's inner dialogue sounded the same to me at 18 as it did at 30. She seemed incredibly naive. I did not feel any chemistry between Zach and Gabby at any point in the book.

I wasn't sure what the whole Tijuana truck incident was meant to do. Nothing I was expecting to happen did happen. The exception being there was no surprise when Zach checked the back of the truck. There seemed to be so much potential for something interesting to happen, especially considering the beginning of the book. I was expecting a romantic suspense, and I am honestly no sure if I ended up with a romance or romantic comedy.

I would give it 2.5 stars. I feel like the book took an abrupt turn after Tijuana and became a different story.

If you love humour in your tales then this one is definitely one to try! It is fabulous! There is a little drama thrown in with the romantic comedy too!
This narrator is wonderful, adding in sound effects that totally add to the whole which creates a feeling of being amongst the characters. He uses his voice very well to dramatic effect that had me in stitches and it enhanced the tale immensely. I highly recommend listening to this

The hero Zach had treated Gabby badly based on misinformation he heard, he jumped to a conclusion that wasn't true. Gabby the heroine loved the hero Zach but didn't think he reciprocated those feelings . Zach's sister Amanda is Gabby's best friend. Amanda hires Gabby to do interior work on the family home while Zach is deployed. Unfortunately Zach comes home much earlier, while Gabby was fixing up his house. This annoys Zach because he has feelings for her but won't admit it. Being thrown together they eventually end up together in a HEA.
.

Bring on the Hot SEALs!

Hot SEAL, Tijuana Nights is and enjoyable read and is a "best friend's brother" story with just a smidge of "enemies to lovers thrown" in.

The main characters in this story are Gabby and Zach. Gabby is Zach's younger sister's best friend. She was his sister's roommate in college so he's known her for about a decade. And he's hated her since then which is where the enemies part comes in. Gabby on the other hand was enamored by him at first sight.

I really liked Gabby. She was truly creative and innovative. I appreciated her talent and loved the idea behind her design style. As for Zach? I hated him. He was a complete a$$h0le. Seriously, he was a jerk from the very first moment he met Gabby. On top of that he was even more clueless when it came to communication and emotion than the majority of the male population in both the real and literary worlds.

Johnson's writing is smooth and moves at a consistent pace. There were no lags in the story. Her love scenes were well written and on par with what you would expect. As far as the story goes however I would have liked a bit more of suspense and action in the plot.

This was the first book by Johnson that I've read/listened to and I'll happily read some more. Bring on the Hot SEALs!

The narrator for this book, Sean Posvistak, was exceptional. I mean he totally rocked. I love it when a narrator acts out the story. Not everyone narrates that way. Posvistak does and he does it fabulously. He did a great job with Gabby's rambling. The different voices he used for the characters only added to the experience.