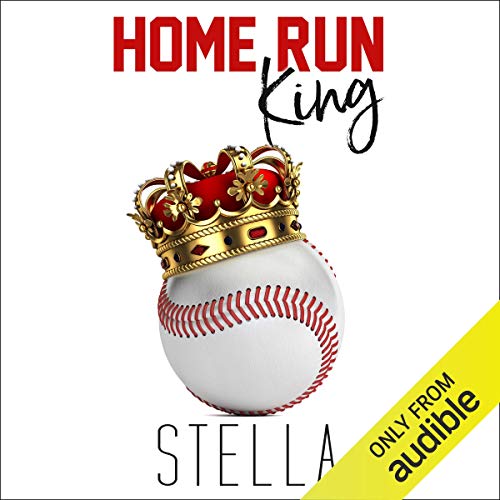 My life was what country songs are made of: my Granny died, my girlfriend broke up with me, I knocked up her cousin, and I was inducted into the Major League Hall of Fame. Yup...just like every country song I've ever heard.

But let me start over.... My name is Gage Nix. That's all you need to know.

Actually, there's a lot more to Gage than meets the eye. My name's Katie Crisp, and I had a front-row seat and the inside scoop.

In a moment of grief and desperation, I allowed the Home Run King to...well, hit a home run on my diamond. He not only knocked it out of the park, but he also knocked me up. Raising two babies - the one I was carrying and Gage - wasn't what I signed up for. But he gave me no choice. I only wish I hadn't waited until the end of the season to see that he was my MVP.

Oh, and the only hall of fame he's ever been inducted into is his own.

A good sports romance about a baseball player who gets his grandmother's nurse pregnant. They go through a lot of ups and downs and get to know each other throughout her pregnancy. Things weren't easy between them because they both have suffered their own pain in the past, but they tried not to let that affect their future. It was great seeing them fall in love through the ups and downs. This made for an interesting audiobook and I liked both narrators.

Gage Nix has had my heart for a long long time. Home Run King is one of my favorite reads and the audible is perfection to play out these characters. These narrators killed it!! Katie is one strong women to handle Gage and she does it with class. Well done!

The "home run king" (H) is seriously hilarious. He has layers and, overall, he is a sweetheart. The heroine is pretty mean to him and I couldn't really figure out why. He was pretty of immature, but was also incredibly patient, forgiving, and generous. She needed to chillax.

Little spoiler: One thing I didn't like was that the H was willing to give up his career and the h did/said hardly anything to encourage him to honor his obligations or voice her support of him while he was traveling and playing ball. Instead she cried while he pulled out of the driveway and complained when they talked on the phone. If you're going to date or marry a ball player, you're basically marrying the game-for better or for worse. As Tammy Wynette said it, you should stand by your man.