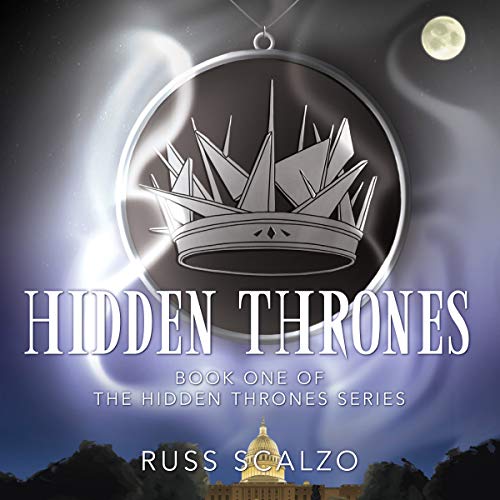 Jack Bennett has an unusual gift. His coveted ability means he is the FBI's newest hire, serving as a consultant for their new Paranormal Division.

The government is convinced we are not alone in this world. With invisible forces all around, agencies are seeking how to harness that power for their own uses. The mystery swirling around the unseen and unknown has caused much speculation. Some suppose lost souls are wandering the Earth, others believe deceased loved ones never truly moved on, and still there are those who are convinced that aliens have infiltrated our world.

Jack Bennett knows better. He knows who and what these powers are. The ancient scriptures talk about a great evil that was conceived in the depths of eternity. There, a great war occurred in a place called Heaven. Lucifer, the ancient serpent, the evil dragon of folklore, was cast out and bound to the Earth and confined to its surrounding atmosphere.

Could it be that the evil we see is inspired by a dark kingdom, a demonic spiritual force at war with the human race? Could these princes and rulers of darkness be influencing our world today? Jack Bennett knows this is the truth. He knows because he encounters them every day.

Follow Jack Bennett in the first of a five part series as he battles the realm of Hidden Thrones.

This story was really great. It's was very thorough and had great characters. It was a bit of a struggle to listen to because of the narration, ther inflections were very often misplaced and monotone and the voice had weird changes mid sentence, I'm sure due to editing. It was not very smooth.

High Values with lots of twists

Except for the audio reader's lack of taking a breathe...pretty well done. Story line is exciting and the ending is sweeeeeettt!! Strong biblical values, tender love story and makes the spiritual warfare much easier to understand. Characters are many-layered. Good stuff!!