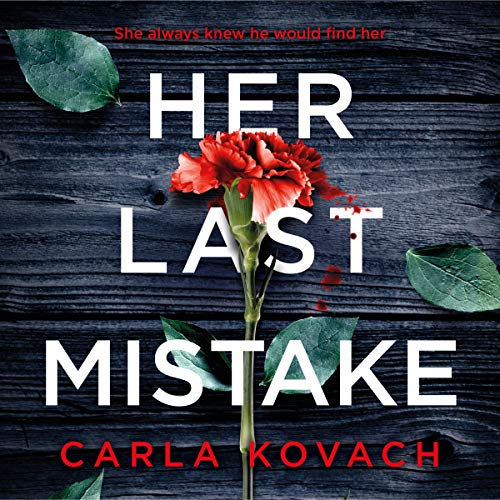 Dressed in a sage green bridesmaid dress, and smiling for pictures, Holly is the happiest she’s ever been. Hours later, Holly is dead.

People love to hate Holly Long. Smart, beautiful, and a woman who men find it hard to say no to, she’s the town’s most gossiped-about resident.

Now Holly’s body lies in her hotel room, strangled at her best friend’s wedding party. And the gossip has stopped, because nobody wants to look like they did it.

When police search Holly’s immaculate apartment, amongst her stylish furnishings and expensive jewellery, they discover a different side to Holly. Orderly and precise, she wasn’t the chaotic party girl everyone thought her to be. In fact, Holly was a planner, and her next plan was to come out and tell her biggest secret - something she had been hiding for months, something that had the potential to ruin the lives of more than one wedding guest.

There are plenty of people who might have wanted to kill Holly, but only one who has finally made good on their promise.

A crime thriller with an ending you will never see coming, this is the latest gripping novel from best-selling author Carla Kovach. If you like Angela Marsons, Cara Hunter, and Clare Mackintosh, you’ll love Her Last Mistake.

Loved it. Starting her series from book one today. Great for taking my mind off walking, which allows me to walk more miles.

Oh, Gina! Tormented by years of domestic abuse and its aftermath still. She throws herself into her work and her relationship with her daughter seems to suffer. But she’s a tenacious detective and gets stuff done.

She and the team are called to a wedding reception where a bridesmaid has been murdered. Things get worse and we’re brought along on a race to find the killer(s?) before another friend can be harmed.

There are plenty of suspects and I was sure I had it figured out. Wrong! I love books like this.

I’m glad we get the old gang back on Gina’s team. Will Gina keep rejecting the obvious attraction between her and Briggs? The next book should reveal that.

I have read (listened to actually) all the Gina Harte series and each book is fantastic. Carla Kovach is one of my automatic pre-order authors. Narrator, Alison Campbell, does a great job.

Finished in a day... I couldn't put it down!

Exciting story with a great narrator! This series always leaves me anticipating the next adventure for Gina Harte!