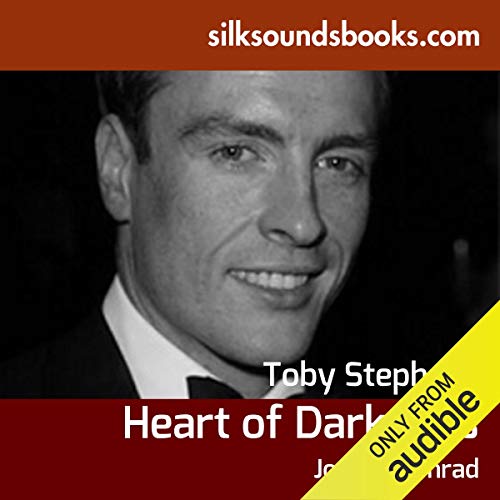 Joseph Conrad's Heart of Darkness is an exploration of the nature of evil and how far a man can go towards it when released from the constraints of what can be called civilisation.

Before beginning his life as a writer at the age of 36, Conrad spent 16 years as a merchant seaman. In 1889 he became captain of a steamboat in the Congo Free State, and the atrocities he witnessed there, perpetrated by the representatives of the Belgian colonial powers, led him to write what he called his Congo Diary.

The repulsion Conrad felt for his time in the Congo was compounded by his infection whilst there with malaria, which left him with a malarial gout in the wrist of his writing hand, the pain of which would stay with him for the rest of his life.

When Heart of Darkness was published in 1899, it echoed much of Conrad's horrific experience. The journey up the infested Congo River taken by his character Marlow is much like Conrad's own, but the ultimate antihero, Kurtz, with his compulsively magnetic madness, tinkering with the edges of pure evil, is a phenomenal literary creation, one which has excited imitations ever since, most famously in Francis Ford Coppola’s 1979 film Apocalypse Now.

It is a terrifying and exhilarating journey, with Conrad taking you to the very depths of human nature and, in Marlow’s case, leaving him there.

Toby Stephens gives an outstanding reading of this troublesome story, my first real exposure to Joseph Conrad. I've seen Stephens in various performances over the years, and I didn't think he had it in him. But he does. My only cavil is that the Russian accent he employs for one of the characters sometimes slips. But his command of the emotional depths of the story never does.

First an observation about the story, and then I'll turn to the “troublesome” aspect. I'd gotten so used to thinking of the story in terms of the film Apocalypse Now that the bedridden Kurtz of the story was a bit of a shock. The evil that constitutes the Darkness is only hinted at; the closest we come to actually seeing it is the fence of severed heads surrounding the trading station. Kurtz himself is sick unto death and in fact does not survive long after he has been taken on board the steamer that came to find him. Yet he makes an impression that is out of all proportion to his brief appearance.

I say it's a “troublesome” story for several reasons. One is the historical context. Speculating about an author’s intentions is always risky, but I think it's fair to say that Conrad was at pains to show that context. The backdrop — the ivory trade in the Belgian Congo — is one of the worst episodes in the dark history of European colonialism, a corrupt and genocidal enterprise. And Conrad is very much aware of and explicit about this aspect of his story. The narrator, Marlow, is enmeshed in a world of racists and racism, a world where indigenous Blacks are used up and left to die.

But it's troublesome in another respect as well. Where is Marlow, really, in all of this? He's no shining light of moral purity himself; he is repulsed by the exploitation of the Congolese natives, but he shares the general sense of their cultural and intellectual inferiority. He regards them as superstitious, cannibalistic, savage, and cowardly. And his employment requires his tacit approval of the oppression he claims to despise.

So the book is steeped in racism. Is it a racist book? The language certainly is. And that raises one issue that counts against another otherwise outstanding recording of the story in Audible’s catalogue: the reading by Kenneth Branagh. The producers of that version chose to soften Conrad’s language, replacing his frequent use of a common racial epithet with inoffensive alternatives. I can understand the desire to reduce the offensiveness of the material, but it creates a false impression of what Conrad actually wrote. This SilkSounds recording is a more honest presentation.

Is it racist? I still don't know. I found it to be a compelling and deeply moving tale, and it's easy to see what drew Francis Ford Coppola to adapt the story to the background of Vietnam. But there is no question that it's filled with racist and stereotypical imagery. Black political and cultural leaders that I respect have called Conrad’s story racist, noting that the tribes that existed in that time and place were nothing like the ignorant, brutal savages Conrad describes.

A counter-argument could be that his African natives are not intended to be realistic depictions but are called into being, so to speak, by the aesthetic requirements of the story. The real evil, the real darkness in the story belongs to Kurtz: the “horror” that he recoils from with his last breath is his own soul.

Best narrator for this book

As in the subject, the narrator is most suitable for heart of darkness. Very dark read.

Listen to this book. The Imagery Conrad evokes with his rich descriptions are vivid. Excellent tale

Capt Flint growls through the reading

Not a great reading. But certainly very interesting to hear the original inspiration for Apocalypse Now.