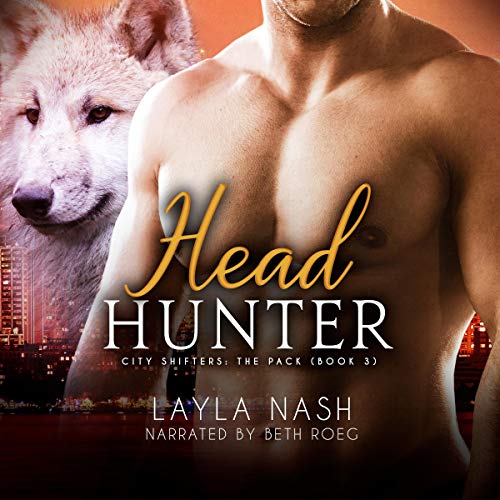 They’re from totally different worlds, but when worlds collide...sparks fly.

When architect Persephone Lawson interviews for a job with the mysterious Evershaw family, she expects tough questions and maybe an odd request or two. She’s totally unprepared to confront a half-man, half-wolf monster and his best friend, who happens to be the hottest, toughest man she’s ever met. Too bad Percy’s nice, normal life has no room for shapeshifter shenanigans.

Dodge upholds the alpha’s law in his pack and spends the rest of his time just gettin’ by. That’s good enough, until he’s tasked to retrieve beautiful, sassy Persephone before she endangers the pack. She turns his world upside down with just one look, and makes a simple job anything but. When she bolts for freedom, Dodge is determined to hunt her down and keep her safe.

Percy fights to get back to normal even if it means never seeing Dodge again. But as supernatural enemies pile up around them, the most dangerous man she knows might be the only one who can save her.

I had such high hopes after book 2, however book 3 just completely missed the mark for me. Deirdre the "powerful" witch, once again to proved to be not so powerful. After teasing us throughout the book that she had the right spell to change Silas back, it never happened and actually became quite irritating. Persephone was potrayed as a very weak human that whined all throughout the book. Also, I have listened to so many shifter series and there is no way Dodge would have stayed away from his mate as long as he did no matter what! Honestly, it was a head scratcher on Layla's thinking when writing this book, I just did not connect with it at all.

I am on to find another series, good luck to you all!

Love this series BUT...

I love all the prior books in the city shifters series, but this book ground my gears. It is different than the others, with lots of doubting on both sides and miscommunication. Also the pack WAY oversteps and messes with the relationship. Lastly, the author made a story error and said that Detective Greer O’Brien was mated to one of the Lions. She is mated to Malcolm, the Grizzly shifter.

I hated the leading female character.

It felt like the leading females character whined the entire book. She absolutely was annoying. Dodge the male lead was ok. But overall the story was not one of the best.

Layla Nash does it again! I love how each book it completely different despite the same location and characters. I enjoyed the criminial aspect of this story as well as Percy's internal struggle to cope with supernatural as well as real life issues. I look forward to more books.