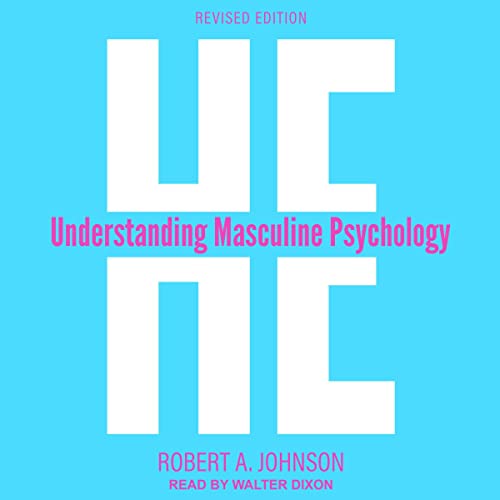 What does it really mean to be a man? What are some of the landmarks along the road to mature masculinity? And what of the feminine components of a man's personality?

Women have developed, over the centuries, considerable expertise in the technique of adapting to men, and for good reason, but that is not the same as truly understanding them. The transition from male childhood to real manhood is a complicated struggle, and explored in this book.

As timely today as when it was first published, He provides a fascinating look into male identity and how female dynamics influence men.

I will listen several more times to this "short" book. the knowledge it shares is intense. Much to comprehend in just one reading!