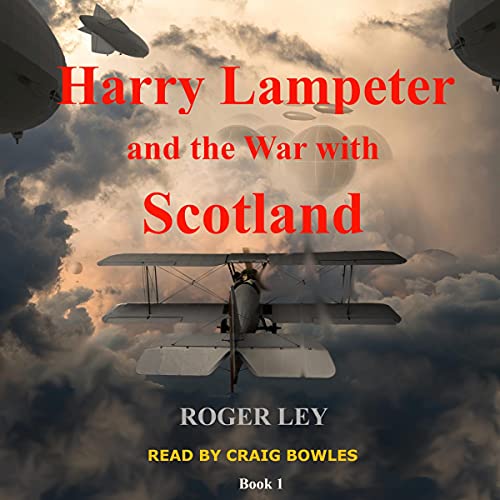 Harry Lampeter and the War with Scotland

The world has returned to the Steam Age. Incensed by cross-border raids from England, the Scots decide it's time to march on London. The English army heads north to stop them and MI6 send Harry Lampeter to report on the hostilities. General Malina’s American peacekeepers arrive as the battle for York begins.

In between amorous entanglements, Harry discovers the Americans have a hidden agenda: the invasion of Europe. Meanwhile, Harry’s friend, Telford Stephenson, has joined the Scottish Air Force and is enjoying his own adventures.

This is a thoroughly steampunk story. The world building leaves you in a place between the old world and the modern. The characters are interesting and the situations they find themselves in leave you wanting to follow the story through.

war with the scotts

This is a fast moving story with lots of action, humor, and some romance. Enjoyed reading this prequel to The Steampunk Adventures of Harry Lampeter. I would definitely like more stories with this plot line and characters.

Got to love Harry

I had already listened to book 2 which I really enjoyed. So I was really happy to get the chance to listen to book 1. This is a great series and a must listen to. The people in the story make it Harry, Tom, Ema and the rest of them. It’s an interesting how the bug eat all the plastic and the world has gone back to steam.
You won’t be disappointed in these books just a great story. I am hanging out for book 3.

I just got this book yesterday and listened to it and finished in two days. It was very enjoyable. I have one other title by this author and very much enjoyed that book as well. The book was entertaining and made me want to keep listening and the narrator was very good.