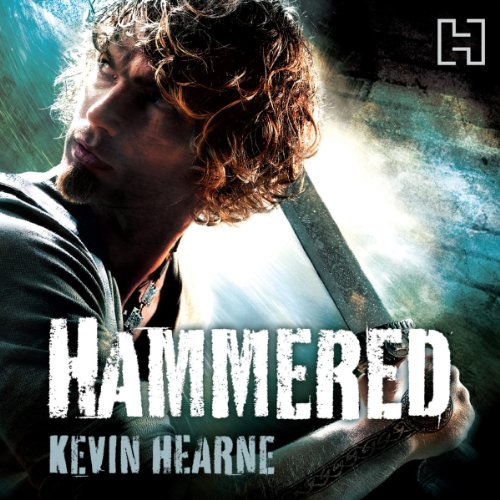 Thor, the Norse god of thunder, is worse than a blowhard and a bully - he's ruined countless lives and killed scores of innocents. After centuries, Viking vampire Leif Helgarson is ready to get his vengeance, and he's asked his friend Atticus O'Sullivan, the last of the Druids, to help take down this Norse nightmare. One survival strategy has worked for Atticus for more than two thousand years: stay away from the guy with the lightning bolts. But things are heating up in Atticus's home base of Tempe, Arizona. There's a vampire turf war brewing, and Russian demon hunters who call themselves the Hammers of God are running rampant. Despite multiple warnings and portents of dire consequences, Atticus and Leif journey to the Norse plain of Asgard, where they team up with a werewolf, a sorcerer, and an army of frost giants for an epic showdown against vicious Valkyries, angry gods, and the hammer-wielding Thunder Thug himself.

This is book three of the Iron Druid Chronicles series. If you would like to hear more, you will find the first chapter of book four at the end of this recording.

Do make sure you get the versions performed by Luke Daniels who does excellent character differentiation and sounds like he loves each character. Mr. Christopher Ragland makes female characters sound brainless and Oberon the dog sound witless instead of awesome.

This series of books is excellent and I am currently binge listening them one by one. Will make sure to get the ones performed by Luke Daniels though.

If you could sum up Hammered in three words, what would they be?

It goes without saying the best part of Christophers performance is Oberon. If you haven't read any of the books you won't understand but you can feel this character as he reads it.

No, I normally limit to hour stints. Although I suppose if you had good stamina, one sitting might be possible.

This book has a lot of monologging. While it read well in paperback, in audio it seems to drag on. This is really my only negative on the story.