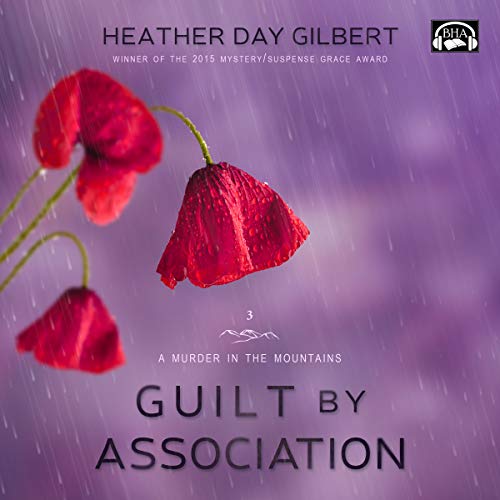 Tess Spencer hadn't planned on returning to her hometown, but when her ex-prisoner mom puts in a special request, Tess overcomes her hesitance to help her turn over a new leaf.

Pearletta Vee's drug-dealing past is resurrected when the body of an overdosed teen shows up - right next to her trailer. Tess decides to stick around and investigate, yet the evidence is stacked against Pearletta. Tess suspects a setup - but why?

Never one to back down from a challenge, Tess takes on a wayward teen, an abusive grandma, and more than one drug dealer in her quest for the truth. But it's going to take a miracle to keep her from becoming a casualty in her own personal war on drugs.

Plunging into the shadowy reality of the drug epidemic in West Virginia, Guilt by Association is the third book in the award-winning Murder in the Mountains mystery series.

A good murder mystery, someone is killing off drug users. We have Tess, her loveable character added to the plot that held you to the end. The narration was excellent with Becky Given audio for my voluntary review

I loved this book. it was very engaging and I next wanted to stop listening!

I enjoy this narrator’s style. She has a lovely cadence for Tess’s accent. She brings her character to life. One of my favorite series and a favorite character!

Such a good story!

I was hooked almost immediately. Guilt by Association is sure to grab you at the first chapter and it doesn't let you go. Who is killing these drug users? Who is ordering them knocked off? You'll never guess and that's why I liked it so much. I changed my mind about 5 times before the reveal. The characters are believable and well developed. I love Tess and her tendency to jump in and help even when it could be dangerous. I also love her stubborn streak when she's on a "mission." The narration is very well done. by Becky Doughty. The way she changes her voice for each character and the emotion she allows to come through them is perfect. I highly recommend this audio version.

My favorite of the series

I enjoyed this book. Ms. Gilbert writes good mysteries, and she especially excels at creating authentic family relationships.
Real life is messy. Tess Spencer faces that head-on, in spite of her reluctance, but she doesn't wallow in it. I think she's the perfect heroine -- intelligent, soft-hearted but tough, strong but not aggressive, both foolhardy and brave, and always driven by believable motives.
This narrator is good. She keeps each character separate and consistent. Good pacing.
I think this is my favorite of the three books in the series, and I look forward to the next one!

Another winner by Heather Day Gilbert. I have loved each of the Tess Spencer mysteries and this was no exception. Tess is the kind of character I wish I could have as a friend. She's smart, gutsy, she cares about what really matters, and she makes me laugh in every book. I appreciated that in this story, we get to go deeper with Tess and her relationship with her mother, while also delving into the hidden-in-plain-sight world of drug abuse. As always with this series, this book kept me guessing til the very end. The audible narration gave it an extra layer of enjoyment for me.