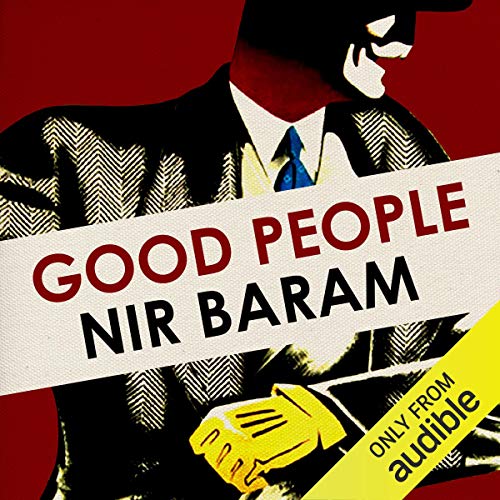 It's late 1938. Thomas Heiselberg has built a career in Berlin as a market researcher for an American advertising company. In Leningrad, 22-year-old Sasha Weissberg has grown up eavesdropping on the intellectual conversations in her parents' literary salon. They each have grand plans for their lives. Neither of them thinks about politics too much, but after catastrophe strikes they will have no choice.

Thomas puts his research skills to work elaborating Nazi propaganda. Sasha persuades herself that working as a literary editor of confessions for Stalin's secret police is the only way to save her family. When destiny brings them together, they will have to face the consequences of the decisions they have made.

Nir Baram's Good People is a tour de force that has been showered with praise in many countries. It reminds us how fiction can present acute moral awareness of the individual in the context of towering historical landscapes.

Nir Baram was born into a political family in Jerusalem in 1976. His grandfather and father were both ministers in Israeli Labor Party governments. He has worked as a journalist and an editor and as an advocate for equal rights for Palestinians. He began publishing fiction when he was 22 and is the author of five novels, including The Remaker of Dreams, Good People and World Shadow. His novels have been translated into more than 10 languages and received critical acclaim around the world. He has been shortlisted several times for the Sapir Prize and in 2010 received the Prime Minister's Award for Hebrew Literature.

This novel is set in the 1930’s and 40’s, partly in Nazi Germany and partly in Stalinist Russia.

Not very subtly, it deals with the impact of totalitarianism on (very) ordinary folk.

Very dark, it is at times confusing as there are many characters, especially in the first chapters.

Indeed, many may find it difficult to engage with any of them and the impact that is clearly sought by the author may fall flat.

Consequently, anyone busy may find it preferable to invest time and money in other works.