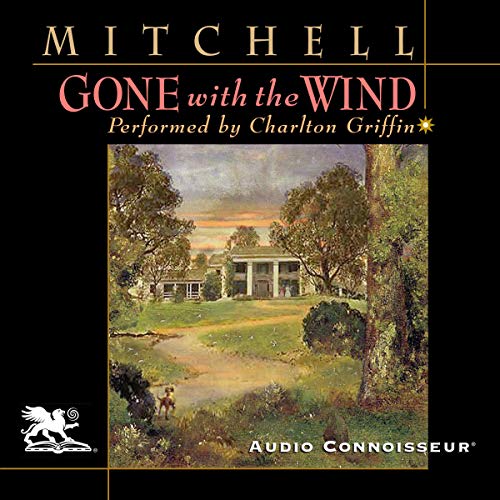 Gone with the Wind

When Gone with the Wind appeared in 1936, it became on overnight sensation. Nothing like it in American literature had ever been seen. It went on to win the Pulitzer Prize and become one of the most celebrated films of all time. It has sold more than 30 million copies worldwide and been translated into 27 languages.

Gone with the Wind is both an historical novel and an examination of the bewildering changes that swept Georgia in the 1860s. The novel begins just before the Civil War opens and ends in 1871. During those intervening years Mitchell’s novel illustrates the struggles of the Georgians who lived through the Civil War and Reconstruction eras.

Here are the most famous characters in American literature: handsome, controversial Rhett Butler; spoiled, flirtatious Scarlett O'Hara; aristocratic gentleman Ashley Wilkes; and saintly Melanie Hamilton. As the lives of these and other equally fascinating characters play out against the chaotic background of war and Reconstruction, Gone with the Wind scales heights of human drama that have rarely been reached.

“The narrative is excruciatingly vivid. For days after reading Gone with the Wind, the reader lives the experiences of the characters Margaret Mitchell has given the world.” (London Times)

“No reader can come away without a sense of the tragedy that overcame the planting families in 1865 and without a better understanding of the background of present-day Southern life.” (The New York Times)

i enjoyed the book

a great story well read. as a foreigner I did not quite understand the darkies voices though!

Bad choice for a reader

I do not understand why a man has been chosen to read a book where the main character is a young woman. It sounds ridiculous when "she" speaks whereas she is far from ridiculous. It looks like a machist choice

What magnificent story and narration. Charlton Griffin made the story come to life so beautifully and vividly that I happily and delightfully lost myself in it from start to finish.
Thank you.

Gone with the wind

What a tragic story and life.

The reader of this novel was not enjoyable to listen to. He made the womens' voices sound horrible and ignorant.
What an awful story of love and loss. It is rare for one growing up in a ranching community in Montana to grasp the need and reliance the southern farmers had for slaves. I have always wondered why they couldn't do the work themselves as us Northern farmer/ranchers do. However, after reading Gone With the Wind, I do have a better for understanding for the plantation owners.

Amazing book and the best narrator ever!

This is a great book and Charlton Griffin is the perfect narrator. He brings the characters to life in a way that is unimaginable. He completely immerses you in this world and his narration make me cherish this book. Thank you Mr. Griffin.

Hated for the Book to End

I was truly sad for this book to end and 47 hours was taunting to think of listening!!!!!I have to admit I was skeptical at first of hearing any other voice but Clark Gable but Charlton Griffin did a beauty job with all characters. He brought new life to my very favorite movie and book.. Thank you!!

Wow! What a book!

This easily has to be one of the best books of all time, making it easy to understand why it led to the most popular movie of all time. The careful wording, the vivid poetic descriptions and the crystal clear characterizations were amazing. And this narrator was amazingly talented. He did all the male, female, negro, gentry, and cracker voices all with distinction and genuinely sounded like different people with different accents.

The book is ofcourse a timeless classic. The narration is outstanding - but I wish Scarlett's voice was done a bit differently.

I enjoyed it more than I thought I would. I was not a big fan of the female voices though.

one of my very favorite reads. it is so much better than the movie. thankd

I loved this story. Much to be learned from Scarlet and Rhett. This is a story you can read over and over.

Only a brief word for the book itself. Although it is a classic, I was surprised to have liked it so much. I read it only because I thought that, to be well read this was a must read. However I enjoyed it very much.

As to the narration, it was fantastic. All the characters were done superbly.

I absolutely love his voice! It’s so controlled (I think I’m using that correctly?) and the voices he used for the characters were consistent and after a bit I was able to tell who was who before it was even mentioned in the story.