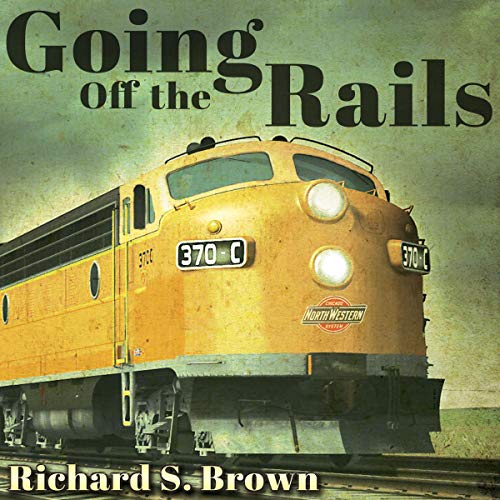 Going off the Rails

The year is 1958. Stan Ellis, a young reporter for a small-town Wisconsin newspaper, can't forget the call he got from a woman who claimed a man convicted of causing a train wreck four years before was falsely imprisoned. After a night of sleeplessness, he searches for the woman hoping to latch on to a big story. When he tracks her down, he finds she is the ex-wife of George Cashman, the train engineer who was operating the train that crashed. She identifies the man she believes sabotaged the train, but refuses to go to the authorities herself out of fear for her safety. She begs Stan to go instead and to ask them to open a new investigation. He agrees, not realizing that he is opening up something bigger and more dangerous than he ever anticipated.

Richard S. Brown shines a light on important issues of abuse, intimidation and control and its power to puppet innocent individuals into deception and crime. Lou Petrella magically breathes life into his characters with his stellar performance giving them all their own personalities in his tones and inflections. Ride along with the story’s main character, reporter Stan Ellis as he becomes an investigator in one of his own past news stories.