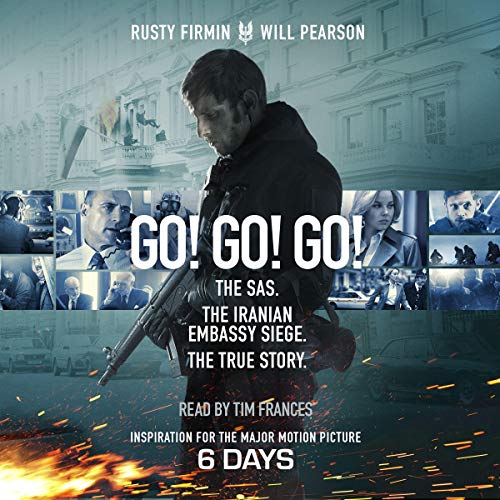 Go! Go! Go! tells the action-packed story of the 1980 Iranian Embassy siege. It is a comprehensive and gripping account of an unforgettable six-day drama that shook Britain - and the wider world - to the core. Drawing on original and unseen source material from ex-SAS soldier Rusty Firmin, the police and the British government, Go! Go! Go! takes us to the heart of the whole operation.

The assault planning and training, strategy and tactics are described in detail, and the personal stories of the gunmen revealed - who they were, where they came from, why they did it and Saddam Hussein's direct involvement. Compelling accounts of each day of the siege from the hostages' points of view show how they dealt with captivity individually and collectively. And new material explains the negotiators' tactics and their cool exterior versus their internal turmoil as negotiations reached crisis point.