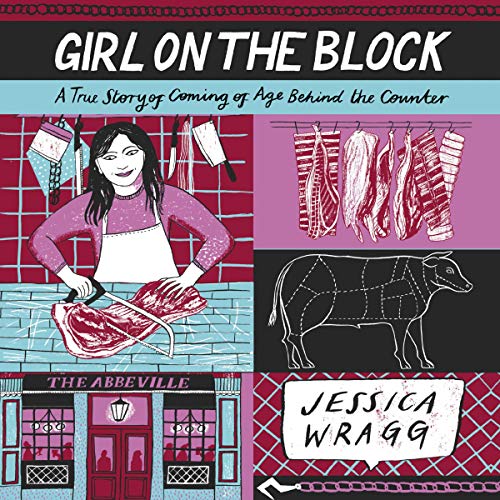 Girl on the Block

A memoir of coming of age behind the counter, exploring butchery as an art form and taking an incisive look at an industry on the brink.

When 16-year-old Jessica Wragg applied for a job at her local farm shop in Derbyshire, England, she never expected to land a position behind the butchery counter. Wragg was younger than many of her colleagues by decades, and she was one of the few women on staff, struggling to earn her keep among colleagues who were reluctant to share the tricks of their trade with a novice. Breaking down carcasses by day, and studying animal anatomy by night, Wragg was soon hooked and determined to establish herself in an industry that is steeped in tradition, and often resistant to change.

From the English countryside to the streets of London, Girl on the Block blends Wragg’s personal coming of age story with a lyrical exploration of her craft and a rich history of butchery. She also examines the modern meat industry and the ever-changing ideologies around ethical meat consumption, as an often-conflicted carnivore who has spent time in an abattoir and witnessed slaughter firsthand. A raw tour through one of the world’s oldest, dirtiest, and most fascinating professions, Girl on the Block is Wragg’s tale of returning home with blood on her boots at the end of 14-hour days and finding her way in the end.

the struggle of females in the industry

the story was great and a level I can relate to because I too have had struggles finding my footing as a line cook. Both completely different parts of the industry but struggles are the same. I want the book.