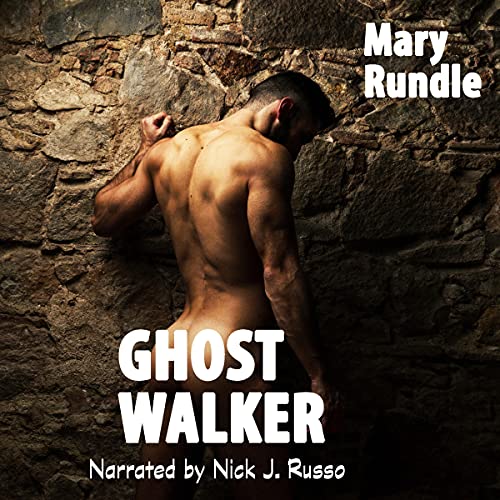 This is part of an on-going series by Amazon best-selling author, Mary Rundle, and catching up on previous titles is advised. Listeners of the past audiobooks will enjoy meeting old friends once more as the pack does what it does best - caring for one another and helping shifters everywhere.

David spent most of his life as a prisoner, beaten countless times as he was taught by the Sisters of the Four Gods. After learning the truth about what they had planned for him, he escaped and eventually landed in Scotland where he was rescued by kind shifter who gave him a job and a bed. His feeling of safety ended abruptly when he was discovered by the ones he fled.

Zane, the Blackwood Pack’s genius computer programmer, joined his brothers and friends in Scotland on his very first vacation. It had been a long and hard road for him since parents and younger siblings were massacred, but his life was finally coming together. Not expecting anything more than fun and sightseeing, he was stunned to find his Fated Mate there.

Before they can claim each other, they find themselves in a terrifying game of cat-and-mouse, trying to elude brutal pursuers who want to capture David and kill Zane. As they fight to stay one step ahead of them, Zane sets out to win David’s heart and restore his confidence and also becomes his protector and lover.

Learning about each other’s abilities and gifts - and about the gods’ plans for David’s formidable new role in the shifter world - they form a unique bond with undying trust and a deep love that will bind them forever together as one.

Narrow escapes, kidnappings, battles, rescues, and the revelation of unique gifts from the gods will keep you resisting to pause as Mary Rundle weaves another thrilling tale of love and adventure.

Really enjoy this series overall and this book on the whole. I however really struggled with inconsistencies. I don’t want to put spoilers here, but powers are given and seem to then be forgotten when they should be used.

Overall a good story if you can overlook flaws

I could almost write the same review for Ghost Walker that I did for Shadow Voice but that wouldn’t be fun so I’ll try to change it up a bit. 😊

Nick J. Russo continues the excellent job with his performance of this series. He manages to use very distinct voices for each of the characters. I love his Scottish accent.

Please read the blurb; it’s very detailed and describes the book much better than I could. This is such a great series and I’m so glad that I’ve been able to listen to all of the audiobooks. The special powers the shifters in this series have are amazing. Zane and David are so good together and I love the powers they received.

Like the other books in this series, this one is full of action and surprises. If you enjoy a large cast of characters and a variety of different shifters, I don’t hesitate to recommend The Blackwood Pack series. I’m looking forward to listening to more of the books. If you can’t wait for them all to come out in audio format, books 1-10 are available to read now in Kindle Unlimited.

A copy of this audiobook was provided to me but my review was voluntary and not influenced by the author.

With a hope and a prayer:

With a hope and a prayer I write this review, the voice and story line so fair are great kept me interested all through the series. I will await the next series to be completed, but please keep the main characters voices the same. I truly hate when I get used to what my characters should sound like and a author chances them. It causes me to never complete the next series in a books set. Then if I can I will return the entire series and in my personal library I put a black star by the author’s name, never trusting that author again to draw me into their world of fantasy. I love and trust my author’s to take me on journeys sense I became ill, so when they fail, the trust is broken. My audible books are my escape from some of my pain, so please finish the second part of this series as strong as the first because I am waiting with baited breathe... (GREAT JOB)!

Nick once again brought another of Mary Rundle’s ‘Blackwood Pack’ books to life. His interpretation of the High Priestess to this reviewer was spot on. Can’t wait for the next one.

Another outstanding addition to the Blackwood Pack. Loved Zane and David's story, as usual the story flowed seamlessly and the writing was superb. The cousins are getting more intriguing by the minute and I can't wait to find out more about them. Lots of action in this one along with sweet romance and more gifts to help make the world a better place. Nick J Russo your performance was phenomenal except for one issue, David sounded American and he's Italian. Looking forward to Serpent's Teardrop. Highly recommend this series.

First off, Nick J. Russo never disappoints with his performance in this series. I Love this group of Men and learning about their mates and gifts from the higher ups.
Each brother adds so much to this family. Mary Bundle, keep them coming. your writing is superb.
well worth the credit and your time to listen.