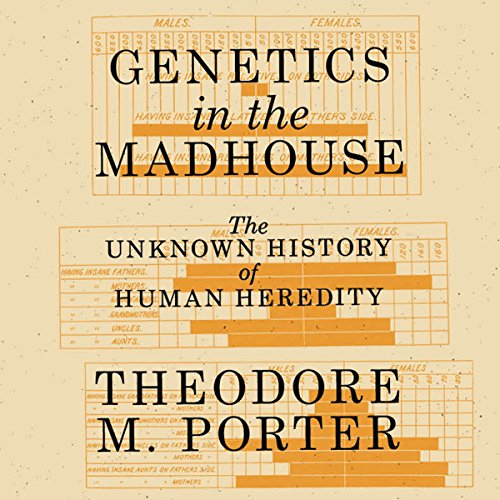 Genetics in the Madhouse

In the early 1800s, a century before there was any concept of the gene, physicians in insane asylums began to record causes of madness in their admission books. Almost from the beginning, they pointed to heredity as the most important of these causes. As doctors and state officials steadily lost faith in the capacity of asylum care to stem the terrible increase of insanity, they began emphasizing the need to curb the reproduction of the insane. They became obsessed with identifying weak or tainted families and anticipating the outcomes of their marriages.

In this compelling book, Theodore Porter draws on untapped archival evidence from across Europe and North America to bring to light the hidden history behind modern genetics. He looks at the institutional use of pedigree charts, censuses of mental illness, medical-social surveys, and other data techniques - innovative quantitative practices that were worked out in the madhouse long before the manipulation of DNA became possible in the lab. Porter argues that asylum doctors developed many of the ideologies and methods of what would come to be known as eugenics, and deepens our appreciation of the moral issues at stake in data work conducted on the border of subjectivity and science.