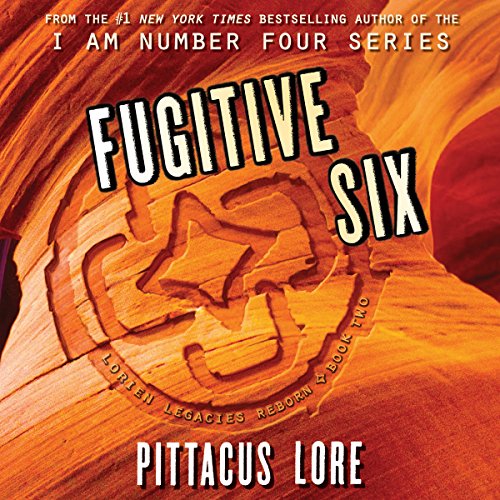 This sequel to Pittacus Lore’s Generation One is the second book in an epic new series set in the world of the number one New York Times best-selling I Am Number Four series.

The Human Garde Academy was created in the aftermath of an alien invasion of Earth. It was meant to provide a safe haven for teens across the globe who were suddenly developing incredible powers known as Legacies.

Taylor Cook was one of the newest students and had no idea if she’d ever fit in. But when she was mysteriously abducted, her friends broke every rule in the book to save her. In the process, they uncovered a secret organization that was not only behind Taylor’s kidnapping but also the disappearance of numerous teens with abilities. An organization that has dark roots in the Loric’s past, untold resources, and potentially even a mole at their own school.

Now, these friends, who have become known to other students as the "Fugitive Six" must work together to bring this mysterious group to an end before they can hurt anyone else.

Good and getting better

It's official, if you enjoyed the original series, you will love this iteration. Book #2 is actually better than the first with more action, intrigue, and suspense. It's a shame these never caught on as movies.

if you like action, suspense, romance, and a tone of tasteful humor this is the book for you. This epic series is one of the most exciting journeys I have had the pleasure to experience in a book. they are well written and all play off of one another. I would recommend this entire series to anyone. I cant wait for the last book to be published I'm counting the day!

I really miss the original characters and especially the Mog, Adam. I miss the original chemistry between the original characters. Though, I don't miss the old narrator, Neil Kapplin's voice. This new narrator is something to be desired, too....He bores me to sleep. These books are good though. Too bad Netflix or another streaming service can't pick up the original series, or even anime, I would love to see the original series come to life.....even though the Movie sucked....I totally didn't picture John, the way they portrayed him in the movie....that actor just didn't fit the John, I had pictured in my head. The Mogs in the movie too, the true born are to look more human to fit in, the vat born....the movie interpretation was fine enough.
I wonder when the next book is going to come out? I'm happy that the teen romance was at a minimum in this book....love the syfi...hate the emo teen romance drama. My favorite character is Ran, the Japanese girl. I really hate Taylor, as much as I hated Sarah...or maybe I hated those characters because of how the narrators had made them sound...I dunno? I really miss John, Sam, Six, Adam, Marina and Ella...wish they'd pop up more in this series, though.... I was really hoping that Marina would've been able to rehabilitate Five though....I thought that maybe with him being one of the few Loric left, that they'd pair up somehow and make baby Loric on Earth.

This in my opinion was better than generation one. Off to the next I go.

still waiting to see what happened to the Chimera. hopefully they say so in the next book.

I couldn't finish this one

The story did not capitavite me, but the reason I did not finish it was because the narrator read too slowly for me.

The iron number four series has been my favorite since the movie. and the fact that it continues makes me excited each and every book

Interesting I normally hate when they throw governmental stuff n stories but this was handled well. On to book #3

I loved the continuation of the Loric story! Great character development and the narrator does a great job with the various characters and accents.

Why did they change the reader!!!

I really really hate when they change a read on a book series!!! The voices we come to love and expect are gone! Replaced with lame voices and mispronounced words. Sad cuz it just doesn't have the feeling of the original books and it's too late to fix it. Bummer!