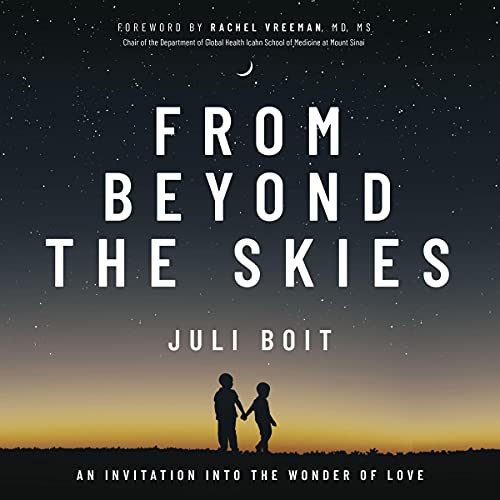 From Beyond the Skies: An Invitation into the Wonder of Love

Sixteen years ago, Juli Boit, a 25-year-old nurse practitioner, moved from Los Angeles to a small village in Kenya to be a part of an HIV program. In 2009, she founded a hospice called Kimbilio where men, women, and children come either to heal or to be loved until they die.

On an ordinary Friday afternoon in 2016, a three-pound baby boy, Ryan, wrapped in pink was brought to Kimbilio. He had been born prematurely earlier that week. His mom passed away while giving birth, and neighbors miraculously kept Ryan alive on water alone for five days until they brought him to the hospice. Juli and her husband, Titus, brought Ryan to their home to care for him, simply wanting to make sure he would survive. When Ryan was six months old, he, along with two of his other siblings, were diagnosed with sickle cell disease. In Kenya, 80 percent of children with sickle cell die before they reach their second birthday. From Beyond the Skies is a remarkable story of love, courage, and new life found within the dark. It is an invitation to all who listen to it to do courageous things.

Ce que les auditeurs disent de From Beyond the Skies: An Invitation into the Wonder of Love

Absolutely loved this book and couldn't put it down. Really appreciated the author as reader especially when she sang or spoke in Swahili. The story opened my eyes to hardship of the disease and cure. It also encouraged about love & community. This book is a must read. It makes this world a better place.