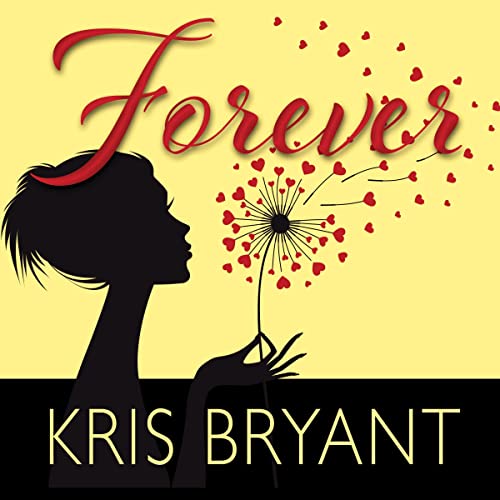 Who doesn’t want to believe in true love?

Ten years ago, Savannah Edwards agreed to be a contestant on the lesbian dating show When Sparks Fly. The last thing she expected was to fall in love and get dumped on national television. When she’s invited to be the next bachelorette for the 10-year anniversary show, she makes up her mind that this time, she’ll show the world that finding true love on television can really happen.

Lauren Lucas breathed life into a show that was on the brink of cancellation. Her charm as the host of When Sparks Fly catapulted it to a nationwide hit. Her own love life is in shambles, but she puts on a dazzling smile and pretends that love isn’t heartbreak waiting to happen.

Every week, Lauren watches Savannah date other women and tries to ignore the spark. When the cameras stop rolling and their attraction becomes impossible to deny, will they take a chance on real-life love and abandon the reality TV fairy tale?

This is a very sweet story and I enjoyed the main characters quite a bit. I wish I’d have read it or that it had a different narrator. For some reason, this narration sounded mechanical and flat. I almost turned it off multiple times because she sounded like an AI recording. I won’t seek out anymore of her narrations.

So worth the credit!

I'm so glad I took a chance on this story. I listened to it straight through, no breaks! It's not your typical storyline. MC's have great chemistry and things heat up at just the right speed. The book is funny, sexy and sweet. I'm so glad I bought it. Also the narrator does a good job too!

What an amazing adaptation on a Reality Show finding "Forever" love in the Lesbian world. Smiling really cheesy right now. You knocked this one out of the park. Thank you!!!

Not sure how I feel

This is one of those audiobooks I think I might like better upon re-listening, so I’m almost hesitant to review it right now.

The Cons: It was surprisingly stressful as the competition went on and I could see that characters I really liked were going to get hurt. Also, I’m not sure if it was the muted way she was played by Sternenberg, or the way she was written, but I didn’t get much of a sense of who Lauren was throughout the book. The book is written from Savannah’s POV, so that contributes.

I think most people who read lesfic will like this audiobook. It just left me undecided.

Something a little different

I really liked this book. I did get a little bored at times, but overall I liked it and would recommend it.
Melissa Sternenberg does an excellent job narrating!!

Kris Bryant Did It Again

Kris Bryant did it again. Gets you invested with the characters where you find every opportunity to listen to this book.

I loved this audiobook. The story was fresh and new. Not the same old same old. I will definitely be listening to this book again. Thank you Kris Bryant and Melissa Sternberg!!!

I listened to this book

But I didn’t like it, I like Malissa Sternberg she is a good narrator, but the story was really not my genre, too much of reality TV in a book, I don’t like those shows on TV and I don’t really care for it in a book.

This was really good! I could literally see the bachelorette show but in a lesbian version. It was really good and the way it all played out and the steamy scenes made it sooooo great! Love love love highly recommend this story.