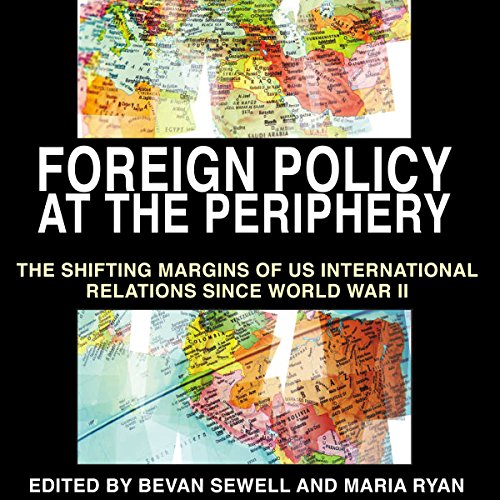 As American interests assumed global proportions after 1945, policy makers were faced with the challenge of prioritizing various regions and determining the extent to which the United States was prepared to defend and support them. Superpowers and developing nations soon became inextricably linked and decolonizing states such as Vietnam, India, and Egypt assumed a central role in the ideological struggle between the United States and the Soviet Union. As the 20th century came to an end, many of the challenges of the Cold War became even more complex as the Soviet Union collapsed and new threats arose.

Featuring original essays by leading scholars, Foreign Policy at the Periphery examines relationships among new nations and the United States from the end of the Second World War through the global war on terror. Rather than reassessing familiar flashpoints of US foreign policy, the contributors explore neglected but significant developments such as the efforts of evangelical missionaries in the Congo, the 1958 stabilization agreement with Argentina, Henry Kissinger's policies toward Latin America during the 1970s, and the financing of terrorism in Libya via petrodollars. Blending new, internationalist approaches to diplomatic history with newly released archival materials, Foreign Policy at the Periphery brings together diverse strands of scholarship to address compelling issues in modern world history.

"These essays reflect very serious scholarship, attention to all available sources, and judicious recognition and use of the key secondary sources." (Lloyd C. Gardner, author of Killing Machine: The American Presidency in the Age of Drone Warfare)
"An all-star lineup of historians...uncovers the powerful dynamics that have shaped America's rise to globalism." (Andrew Preston, Cambridge University)