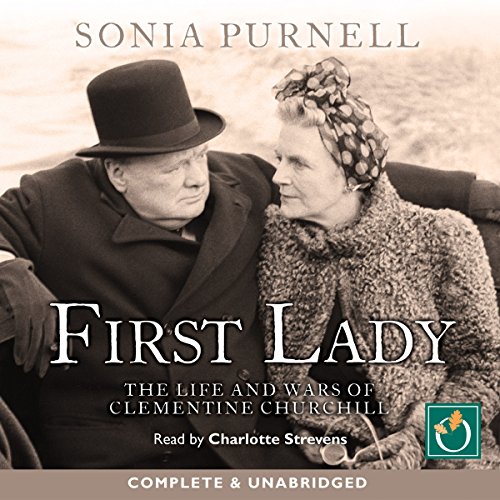 Without Churchill's inspiring leadership, Britain could not have survived its darkest hour and repelled the Nazi menace. Without his wife, Clementine, however, he might never have become Prime Minister. By his own admission, the Second World War would have been 'impossible without her'.

Clementine was Winston's emotional rock and his most trusted confidante. Yet her ability to charm Britain's allies and her humanitarian efforts on the home front earned her deep respect. Now Sonia Purnell explores the peculiar dynamics of this fascinating union.

"Engrossing.... Clementine Churchill became her husband's essential confidante and adviser, vetting his speeches, smoothing over his faux pas, dealing with his constituents.... Purnell's book is the first formal biography of a woman who has heretofore been relegated to the sidelines." ( The New York Times)
"Winston Churchill kept nothing from Clementine. 'You know,' he informed FDR, 'I tell Clemmie everything.' Purnell has delivered an astute, pacey account of a woman who hardly ever emerged from the shadows. It is a sharp analysis of what it meant to be a politician's wife...and shows how much we can learn about Winston Churchill from his wife and marriage." ( The Wall Street Journal)
"Thorough and engaging.... Purnell's extensive and insightful biography offers a much welcome portrait of Clementine Churchill, a woman whose remarkable life has long been overshadowed by her famous husband." ( Washington Post)
"Compellingly readable.... Sonia Purnell's biography of Winston's wife Clementine brings her out from behind the shadow cast by the Great Man. She became her husband's wise counselor, discreetly offering sound advice, re-writing his speeches, toning down his foolish or angry letters, preventing him from making certain terrible political mistakes.... Her wheeling and dealing was done behind a veil of gracious femininity." ( The Independent)
"Eye-opening.... A bold biography of a bold woman; at last Purnell has put Clementine Churchill at the center of her own extraordinary story, rather than in the shadow of her husband's." ( Mail on Sunday)
"Fascinating.... [Purnell's] book may leave you thinking Clementine is one of the most underrated, complex women in British history." ( The Daily Beast)

Great description of a marriage at the heart of wo

A very insightful and revealing description of the marriage of an incredible couple, their highs and lows through war and peace, often at the heart of government.