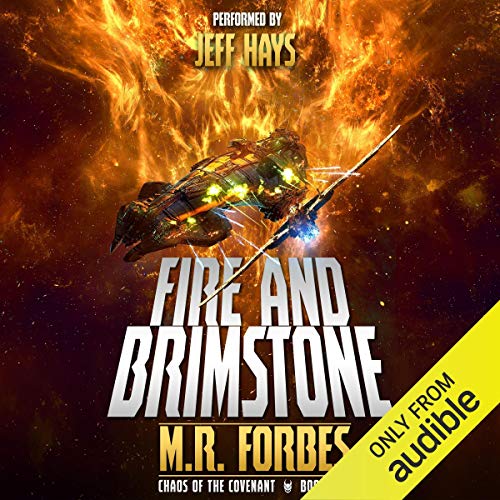 She still isn't even quite sure what that else is. The one thing she does know? Things are getting messy, and this is only the beginning.

Gant is gone, Captain Mann has been captured, her so-called team is ready to make a run for the stars, and she's pretty sure the gift that saved her life is no gift at all. Even worse? The enemy didn't just steal the two most powerful starships in the galaxy; they're building a whole damn fleet of the things.

The Rejects are back, the mission is on, and failure is not an option.

Great addition to the series

This story picks up pretty much where the last one left off. Queenie and her crew are recovering from the events of the end of the last book, half scattered here and there, half injured, and their first priority is to find the ones that were captured or left behind. Queenie’s second priority is finding out what they did to her in prison to give her superpowers, because it’s turning out to not be the greatest gift she’s ever been given.

Fire and Brimstone here refers to two super advanced, bonkers powerful spaceships that the enemy has stolen from the Republic. The enemy here being the Nephilim. Space-Nephilim who are fighting the Hell’s Rejects, who escaped from the planet Hell, in their spaceship… the Faust. You see where this is going? This might sound cheesy to you but I thought that all this hellscape and devilry imagery was a pretty good theme for a sci-fi story. We’re starting to get a little more backstory on the Nephilim in this volume as well, which is neat. It’s a cool idea, all told. It’s like Mass Effect, meets Suicide Squad, meets… Dante’s Inferno.

Gant is still by far my favorite character. He’s basically a grouchy, snarky Ewok with an itchy trigger finger, and that’s as awesome as it sounds. It really is. I hope he keeps on being awesome throughout the rest of the series.

Jeff Hays totally nails the narration of this one as usual. At this point, I’m not really expecting anything less than that from him. I’ve been able to sit and listen to pretty much any book he has narrated, even the one that I didn’t really like. In this particular one, each character is unique, accents are on point (I especially like Mann’s accent. It’s a bit different than I normally hear in books and that’s somewhat refreshing), and special effects really help when they are used properly, as they are here. Having an excellent narration really helps me to get into a book. It gives me more of a chance to experience books I would probably find hard to read in print. This sometimes happens to me with hard sci-fi, classics, non-fiction and even some of the longer epic fantasy series. So, I turn to audiobooks. I’ve found some really good books this way, and it has broadened my horizons. The hills are alive with the sound of audiobooks, and so on. *twirls*

My biggest pet peeve for this series thusfar is that the author has…. re-purposed a word as a swear word. This sort of thing irritates me in books, as I have pointed out in other reviews, maybe because I am the foulest of foul mouths, but mostly because it seems really, really unnecessary. These characters speak English, use other swear words as normal, and yet they the word ‘frag’ to very clearly mean... another word that I can't use because I'm being very good for this review. :D So… why not just say that word instead? Battlestar Galactica used the word frak in place of it because they were a television show trying to cleverly bypass television censors, and this usage feels like it’s trying to emulate that in some fashion. There are no censors here though, except for those special snowflakes that can’t hear or see the f-bomb without cringing a little despite probably having no problems with the tons of murder, decapitation and general space-warfare also featured here. To me, the replacement of just that one swear word for one that clearly has the same intent gives this book less of the edge that it looks like and sounds like it should have, if that makes sense. All this imagery of hell and damnation… I feel like a book with giant scary battle destroyers called the Fire and the Brimstone could load a proper f-bomb into their torpedo bays.

Either way, whatever floats your spaceship, I guess. I think I would have appreciated at least a few well placed f-bombs… but that’s me.

All told, I didn’t like this one as much as I liked the first one, but I did still really like it more and more as it went, and I thought it was a pretty good use of 8 hours of my time. I’m excited for the next one in the series!

Why do they do this?

First the book is an easy pleasure ... BUT why does Audible not have a method or policies to have reasonably complete sets READY for us to read and as well NOT have a release tracking process in Wsh List to notify or even purchase when NEXT book in series becomes available!!!! My STUPID I have 3 writer series currently waiting for with final or next Abook! Do they really want me to just go buy the book and read? Amazon ... GET IT TOGETHER! Make it so!

Narration so good I decided to listen instead of read. Recommend highly! Interesting characters and fast paced story.

This is my favorite series from this author. I think all the characters are great and I really like the way they interact with each other. This is the third time I am listening to the series

I like the story line just fine. One of things that really bothers me is that the author calls the decks of a ship or even the floors in a building “the ground “. What the heck is that all about? He messed up other ship terminology, but this ground stuff is just awful.

The story was really quite good but for me a little to much suspense (drama) in to many predictable places. I really enjoyed Captain Gauls death... such as whiny useless excuse for a being. I am thinking we will see Trin the brass b@tch return (sigh). Curious to see Queenie grow further.

finished it in a day

Not the typical space opera...this one the author had to think outside the box. I am getting scared that i will finish the series within a week of no one stops me

Just as fun with audible as the ebook itself.

Forbes and Hays are quite the team. Fun fantasy space opera. Onward to the 3rd book. I'd have to say, so far, there's just as much care put into indie series as any traditionally published work.

Continues the story along at a great pace. The narrator is quickly becoming a favorite of mine. Now on to book three!

Stay away NO last book from Audible

Love story but this is the third series from Audible that doesn't have the last book, WHY, there is no good reason