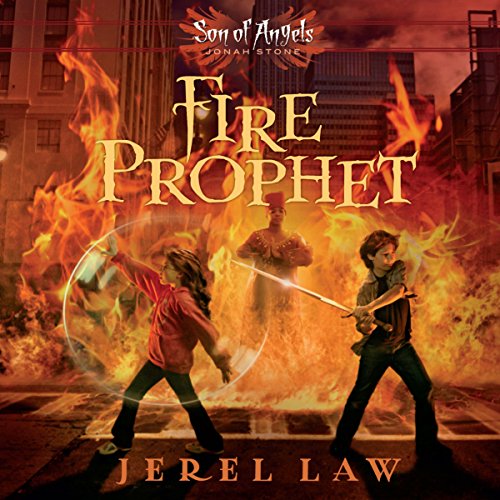 What if you could actually see angels and fallen angels engaging in battle? Would you have the courage to join the fight? A year ago, Jonah Stone and his sister, Eliza, discovered that their mother is a nephilim, the child of a union between a human and a fallen angel, which makes them and their little brother, Jeremiah, quarterlings, or one-quarter angel. When Jonah and Eliza are attacked by fallen angels at school, they learn that quarterlings are being targeted all over the world. The kids undergo special training to help them discover their own unique angelic gifts and rescue a kidnapped prophet - one who holds the key to a battle between good and evil.

This fast-paced fantasy adventure based in Scripture brings spiritual warfare to life. The series is the first Christian answer to Percy Jackson and the Olympians, The Kane Chronicles, The Secret Series, and other middle-grade series packed with adventure, action, and the supernatural. But the message is solidly scriptural in that the most powerful weapon of all is prayer.

A fun engaging story that holds your interest while it teaches you the Bible. I highly recommend this series!

I really enjoyed this book. great writting, great plot, and amazing characters. I greatly enjoyed the bible references made in this book. The author did an absolutely fantastic job in tieying in instances from the bible into his story in a fun and exciting way. I truly enjoy this series. Will definitely be reading the next book.

Very exciting listen, especially good for a road trip. Very good Christian lessons on faith, trust, and reliance on Jesus. Only 4 stars because nephalim is actually demonic in the Bible, but this is a fictional book so it can be overlooked.