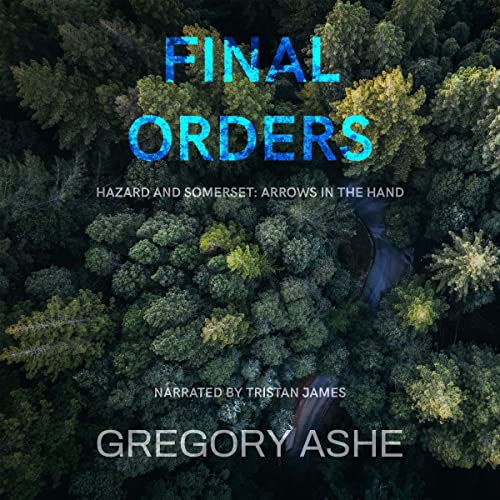 An embattled author. Fanatical parents. A son who can’t stay out of trouble. It’s the last one that’ll probably kill him.

When Emery Hazard gets drawn into a brawl at a monthly school board meeting, he knows he’s in trouble; his husband, John-Henry Somerset, is chief of police, and they’re already under enough scrutiny as they try to finalize their foster son’s permanency plan.

Hazard’s actions, however, have an unexpected consequence: A woman shows up at his office the next day, and she wants to hire him to protect her mother. Loretta Ames is a famous—and famously troublesome—author, and a string of recent attempts on her life suggests that someone is determined to get rid of her. Under pressure from his assistant, Hazard takes the job, assuming that it will be two days of babysitting before Loretta returns to New York.

Her murder changes everything. To find the killer, Hazard and Somers will enter a murky world of concerned parents, entitled teenagers, internet trolls, and a whole lot of grassroots crazy. But nothing is straightforward about the investigation, and even Loretta’s daughter seems to have her own reasons to want her mother dead. And when the killer abducts Colt’s friend, Hazard and Somers realize they are running out of time, and they must race to save him before it’s too late.

As always, Gregory Ashe weaves a great story. And this book, kicking off over a controversial book and LGBTQ rights, felt very topical right now. Underlying this is the family drama with Colt and Hazard's investigations. We see home life, work life and favorite secondary characters (Dulac!) and a solid mystery. This is a satisfying end to this story arc and as always, I hope for another one. Tristan James is the voice I hear in my head, even when reading these books and he remains fantastic in this one.

Hazard is the best character ever

I had a great time listening to this book. What an amazing story. 😍

Series 3 book 5. It has been a long journey of ups and downs, I feel like mostly downs. The writing is still amazing, raw and everything in between.

I ended up enjoying this one, I just wish these guys could catch a long break. They are allowed to be happy and boring. Gaaahh!! If only. Unfortunately that is not GA style.

The mystery in this one was engaging and mirrored what is happening in RL right now in the US of A. It was frustrating to read. 😪😣 Loved the twists though. One minute I was thinking I know everything, the next, I am like Oi! It's not what I thought. GA gets me every time.

The relationship between Hazard and Somers is interesting to read about, they are these everyday blue-collar, next door neighbours kinda guys. GAAHH!! This one had some hot scenes. 🔥🔥 Me is veeeerrryyyyy happy about that.

I miss Evie and Hazard moments.

Colt!!! We will not talk about him. I want to understand but I refuse to.

Overall! This was a great read/listen. I still want 10 more books. 🙈🤣

A Copy of the audiobook was provided by the author in exchange for an honest review.

I love the Hazard and Somerset series and I was squirreling this away to save-like you do a nice present. I came down with covid this week and I listened to this one. Why did I wait so long. Thank you for 12 hours and 10 minutes of enjoyable entertainment while I was in my chair feeling blue (and blowing and coughing).
There are not enough good things to say about Tristan James narration. He is the perfect narrator for this series.
THANK YOU BOTH for for enjoyable hours of entertainment!

Final Book in This Series

I received an advance copy -- this is the review:
The last book in the series focuses on the conflicts born within the midwestern town of Wahredua, as cultures clash. The rift in the American society, the conflict between the conservatives and the progressives becomes more than obvious in all things school-related. Theo (yes, no mistake here) becomes a sort of lightning rod when he asks his students to read the book of a famous LGBT author, and invites said author to offer a lecture on the book at the school. Parents protest, police gets involved, Hazard spends a night in prison. Somers is again under pressure. The author gives the lecture and then is found dead. Hazard and Somers struggle to discover what happened.
As in all books with these MCs, the best developed part concerns their relationship and their psychology. One can find the secondary characters flimsy or outrageous, sometimes barely sketched, or with doubtful motivations, but the mains remain beautifully built and compelling. In this book, Somers confronts again his cowardice as a teen. He choses to do this on his own, drifting away from his husband. Hazard tries to understand and to keep up, although he is actively left behind. Being Hazard, he manages pretty well to recover the ground.
Overall, a good read/listen. Kudos to Tristan James with his wonderful tones — creating distinct voices and accents for each of the characters.

I’m sitting here trying to wipe the happy tears from my eyes to write this review. That last chapter. . . sigh.

One thing that I find interesting in Mr. Ashe’s books is how he incorporates current events/attitudes/issues into his mysteries. I like how he doesn’t shy away from his views.

Honestly, usually when a series follows the same characters, I get a bit . . . bored. I’m truly impressed how even now that H & S have been married for a bit, the author shows the struggles and love within the relationship/family and keeps it authentic. I’ve been married for a long time and am the parent of teens and I can say that he nails it. So much so that I find myself giving the “mom glare” just listening to Colt’s mouth!🤣

Tristan James is perfect as always. In fact, he’s the reason I only listen to this series in audiobook!

Wonderful End of the Series

This is the fifth and final book of the 3rd Hazard & Somerset series You don’t have to read the previous two series to enjoy this series, although IMHO you will get more out of the story. Although this is the end of this series, it is not the end of this amazing couple. I love these guys and going with their journey of marriage, relationship & parenthood has been a roller coaster ride of emotions. This author pushes my buttons like no other. With a combination of humor (I seriously laughed out loud at some of the dialogue), drama, surprises, red herrings, emotional revelations, and of course, multiple murders; this story delivers.

In this installment Hazard is hired to protect a famous, controversial author from a group of radical “concerned parents” a.k.a – Christian fundamentalist, who feels she is corrupting their children with the “homosexual agenda.” When she turns up dead the mystery ensues with multiple red herrings and of course a “twist” at the end. Intermingled with Hazard and Somerset chasing a killer, they are also continuing the parents of a teenager crash course, as Colt gets wrap up in the murder investigation through a surprising amount of bad judgements. So much so, that his continued status as their foster son is put in jeopardy. Faced with losing Colt, Hazard comes to terms with just how devastating that would be. He has come a long way from the first book; lots of emotions there.

As usual Tristan James puts in another amazing performance. I truly can’t imagine any other voice bringing these characters to life. A++++

I was given a free copy of this audiobook in return for an honest review.

STOP.DON'T listen unless you want ALLLLL the FEELS

OMG. The end of this series-I laughed, cried, and everything in between -so many emotions. I really didn't want it to end, but alas, Gregory Ashe has the nerve to write OTHER fantastic series with OTHER fantastic characters. I really liked the tying up of arcs, left me satisfied. Tristan James brings these characters to life. Another GREAT book/series from a one-click author of mine. Buy. Listen. You won't be let down.

This is the best book of this particular series. A lot of the central themes that run throughout the entire series have some resolution and there is a very good central plot. The narration is fantastic and I can never imagine any of these characters being portrayed by anybody besides Tristan James. Gregory Ashe is a great writer and this book is a very good example of this. This is a great listen that I couldn’t step away from. 🌟🌟🌟🌟🌟

Loved it! Fantastic like always and I adore this narrator. Hazard is still one of my favorite characters ever written

Omg. That book was everything I needed it to be. I really hope we get another series, because I just can’t be done with Hazard & Somers and the family they’ve built.

I finally don’t hate Nico. I’m still far too invested in a teenage relationship. Hazard trying to grow for his family. And Somers… dealing with things that have always haunted him. Ugh. I miss them already.