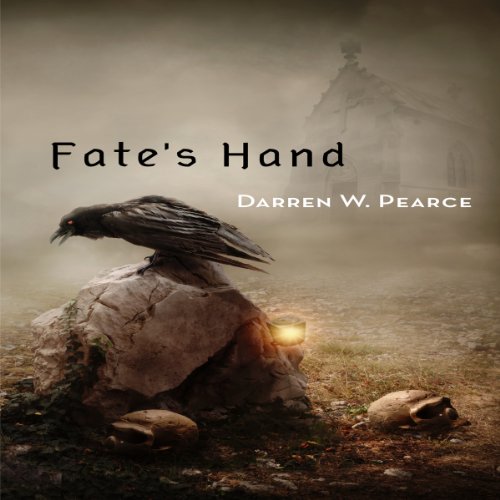 One hundred years after a terrible disaster a powerful church has risen to take control. The Church of Progression, led by the Cardinal, crushes the spirit of all on Hestonia beneath an iron-shod boot. With the aid of the Inquisitors, highly trained church operatives that have access to magically powered technology the church ruthlessly oppresses all who stand in the Cardinal's way. Amongst the church's targets are magic users, wizards, descendants of the original powerful beings known as the Anshada.

The church is rife with conspiracy and even its own internal strife threatens to doom it. Power plays come from within and without as the Arch Inquisitor Roland, his lackey Inquisitor Gwillis, and disillusioned Inquisitors and other powerful agents of the church clash for control.

There is one agent of the church that remains steadfast: Kalon Rhadon. He is Fate's Hand, the most dangerous of all the church's weapons. Yet even he begins to doubt the established order of things when he is sent to recover a dangerous magical artifact that contains the teachings of the demonic Anshada.

In Kalon's quest for the book there is a young Stealer, Spry, who is instrumental in Kalon's understanding of the events to come and the role that Fate herself has planned for him.

Fate's Hand is a dark fantasy novel set in an original universe that has elements of technology and magic in a decadent society. It is a steampunk Renaissance novel that couples the swashbuckling traditions of the Musketeers with a powerful narrative.