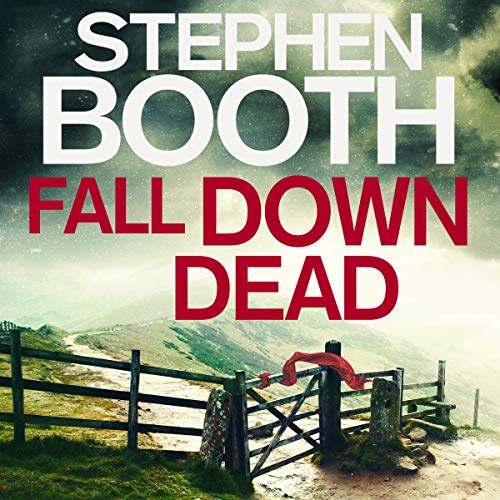 They knew the danger, but they went anyway....

Almost before she'd stopped breathing, a swirl of mist snaked across her legs and settled in her hair, clutching her in its chilly embrace, hiding her body from view. It would be hours before she was found.

The mountain of Kinder Scout offers the most incredible views of the Peak District, but when thick fog descends there on a walking party led by enigmatic Darius Roth, this spectacular landscape is turned into a death trap that claims a life.

For DI Ben Cooper, however, something about the way Faith Matthew fell to her death suggests it was no accident, and he quickly discovers more than one of the hikers may have had reason to murder their companion.

To make things worse, his old colleague DS Diane Fry finds herself at the centre of an internal investigations storm that threatens to drag Cooper down with it.

Stephen Booth has a reliable formt with his books

Stephen Booth has a reliable format with his books and is consistant with twists and turns in the plot to keep you interested but I got a bit bored with the amount of time spent on personal issues of the characters in this one. I found it a bit distracting from the story. Narrator Mike rogers did a good job with this one.